Boeing Triumphs On The Territory Of Its Closest Rival 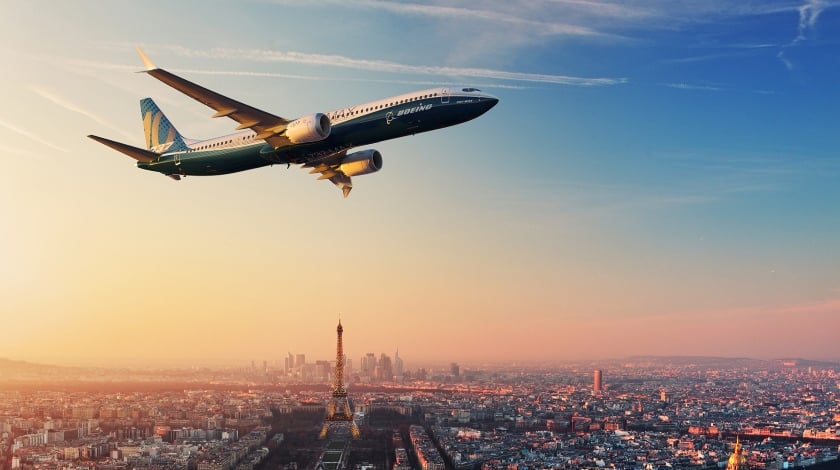 2017 Paris Airshow became the main focus of attention within the world of aviation last week. The 52nd show brought together all the industry’s players to show off and find out the latest technological innovations developed to enhance global aviation safety and improve the quality of services.

This year’s show was rich in new aircraft, advanced technologies and smart solutions for aviation businesses. Nevertheless, all these innovations were not able to wane a burning interest in the ongoing competition between two biggest aircraft manufacturing giants, Airbus and Boeing. So, who succeeded in coming out of the order race with a winner crown this year?

A wide range of new products occurred under critical eye of the participants; however, there is no surprise that most of the public attention was concentrated on two major aviation icons: Airbus and Boeing.

Maintaining and expanding its commercial aircraft market, Airbus ensured its strong further development by announcing $39.7 billion worth of new business during the 2017 Paris Air Show.

Looking back at last year’s Farnborough International Airshow, Airbus ended up with a lower number of orders, however, it managed to outweigh Boeing with 279 orders and commitments worth $35 billion at list prices, compared with 182 Boeing aircraft orders.

Despite massive sales generated during the airshow, this year Airbus gave up the winner title to its closest rival, Boeing. For the first time in five years it outperformed Airbus at the Paris Airshow.

This time Boeing led the way in Le Bourget. Comparing with Airbus, Boeing managed to win a pure numbers game by a wide margin: 571-326. After the whole week’s event, the US aircraft manufacturer announced orders and commitments valued at $74.8 billion at list prices.

Recently airlines around the world have had an insatiable demand for single-aisle aircraft like the Airbus A320 and Boeing 737 that fly short and medium haul routes around the globe. The aircraft comprising these families are considered to be best-selling products for both manufacturers which fully dominate single-aisle market.

Consequently, the most intense rivalry was present particularly in this segment.

As for the A320 Family, aircraft sales and commitments seem to be very successful with business accounting for a total of 306 aircraft worth $33.8 billion. This total comprises 132 firm orders worth $14.7 billion, and MoUs for 174 aircraft worth 19.1 billion.

It is believed that a new plane revealed during the airshow served the reason for such a massive success achieved by Boeing. According to BBC, capacity is one of the primary reasons why Airbus has been winning the orders war at this end of the market at least, as 737 MAX 10 can carry about 230 passengers, closer to 240 who can be packed into an A321neo. Now, actually, the leading position might be swapped by the Boeing’s 737 MAX 10.

Additionally, Boeing‘s activity was driven by a last-minute commitment for 125 737 MAX 8s from a “major unidentified airline customer”. In total, Boeing announced commitments for 418 737 MAX aircraft at the 2017 Paris Air Show.

Widebody Segment: Key For The Success

The widebody aircraft segment is a vitally important part of manufacturing business making a substantial contribution to the final results. Thus, Boeing and Airbus are both determined to have as many widebody orders as possible to solidify their production plans for the next several years.

Also, in order to attract more customers and save the world’s biggest airliner, Airbus made an effort to upgrade its largest passenger jet A380 by unveiling a package of changes. The new A380plius includes aerodynamic improvements, in particular, new, large winglets and other wing refinements that allow for up to 4% fuel burn savings.

Airbus hopes the improvements to be music to the ears of airline CFOs.

Nevertheless, technological innovations did not help Airbus to beat its rival. Here Boeing outperformed Airbus by a wide margin as well.

During the Paris Airshow week Boeing announced deals for 56 widebodies. It started strong, signing up two aircraft leasing companies for a total of 38 Dreamliners and by the end of the week, it had announced firm orders for 33 Dreamliners along with 17 commitments. Also, Boeing secured a firm order for four 777-300ERs, along with a commitment for two 777 freighters.

Aircraft Sales Are Not The Only Goal

At this year’s show, aircraft manufacturers not only marked a solid sales tally but also extended its value offering at both ends of its commercial product portfolio.

For instance, Boeing announced the launch of Boeing AnalytX, which has brought together more than 800 analytics experts from across the company focused on transforming data into actionable insights and customer solutions. Five customer agreements were announced to provide solutions powered by Boeing AnalytX.

Boeing also forecasts significant growth in the Aerospace Services Market, projecting $2.6 trillion demand in commercial and government services for the next 10 years.

Talking about Airbus, in the single-aisle family it decided to offer the Airspace Cabin brand – which, on the A320, includes the biggest overhead bin in its class. In addition, Airbus launched a new open aviation data platform called Skywise to support the digital transformation of the industry and add value for our customers’ operations.

Obviously the competition between Boeing and Airbus will never end, at least it will last until a more powerful unit enters the market. However, the concept of “competition” does not always carry negative connotations. Most probably in this case, professional rivalry acts a matter that motivates both giants to strive for more and seek unreachable.