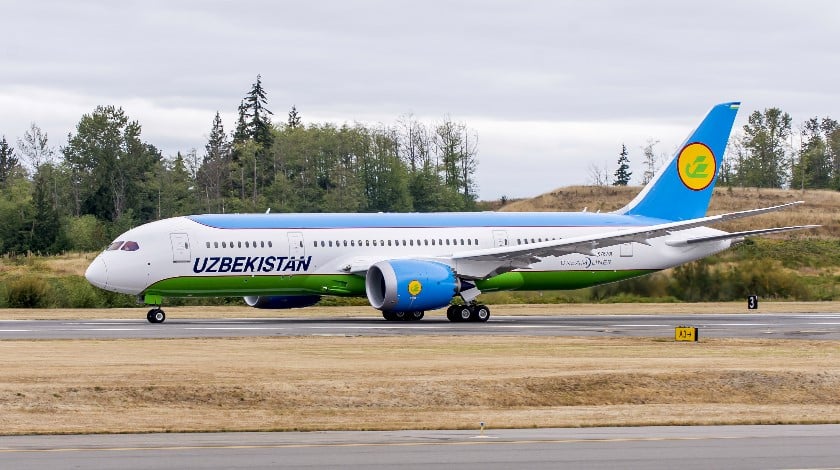 Boeing and Uzbekistan Airways, the flag carrier of the Republic of Uzbekistan, announced the finalization of an order for one 787-8 Dreamliner, valued at $239 million at current list prices.

Uzbekistan Airways currently operates two Dreamliners on international routes, including Europe, Southeast Asia, Japan and USA. With this order, the carrier will add five more Dreamliners as part of its plan to modernize and expand its fleet.

“Our companies have been partners for over 20 years and these relations only strengthen with time,” said Gennadiy Kharlap, Deputy General Director of Uzbekistan Airways. “The agreement for an additional Boeing 787-8 Dreamliner supports our development strategy focused on modernization and expansion of the airline’s fleet and network, and marks another great milestone in our long-term cooperation.”

The 787 Dreamliner is a family of super-efficient and long-range commercial airplanes. Since entering service in 2011, the 787 fleet has flown on more than 1,500 routes, including over 180 new nonstop routes around the world. Over seventy customers have ordered more than 1,300 airplanes, making the 787 the fastest selling twin-aisle airplane in history.

The 787-8 Dreamliner offers airlines exceptional environmental performance – 20 percent less fuel with 20 percent fewer emissions than the airplanes it replaces. The airplane can fly 242 passengers, in a typical two-class configuration, up to 7,355 nautical miles (13,620 km).