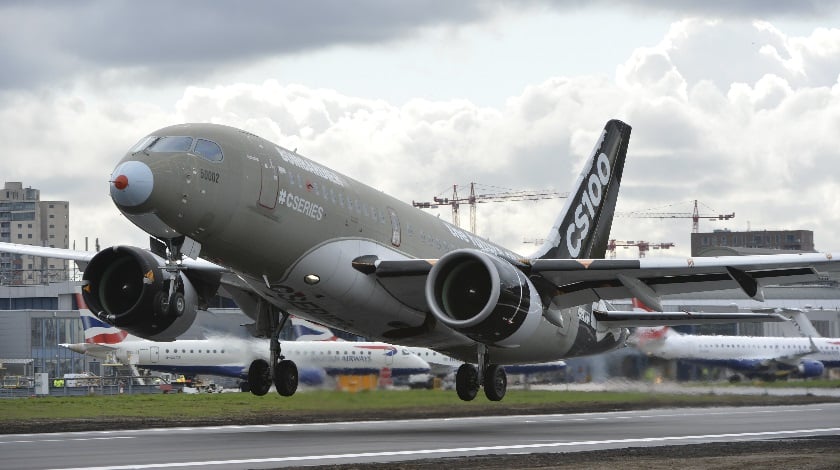 “The C Series aircraft program achieved another significant milestone with the completion of the demonstration tests at LCY. The C Series is the only commercial aircraft that was specifically designed for operations at LCY and we are very proud of its performance.

“The aircraft is meeting all performance expectations and clearly demonstrates that it is the best performing and most efficient aircraft in the 100- to 150-seat class.”

“It has been a pleasure to welcome the Bombardier CS100 aircraft and its team to London City Airport for the first time, as part of their testing and evaluation process. Following the landmark C Series non-stop flight to JFK, we look forward to the completion of its regulatory certification, followed by entry into commercial passenger operation with SWISS,” added Declan Collier, CEO of London City Airport.

Transport Canada and EASA certifications for steep approach operations with the CS100 aircraft is expected in the second quarter of 2017. Bombardier has extensive experience operating at LCY Airport with various aircraft types, including the Q400 turboprop aircraft, as well as the Challenger 650 aircraft and Global 5000 and Global 6000 business jets.

The CS100 aircraft is the most efficient and economical commercial aircraft allowing airlines to viably offer direct intercontinental flights from LCY Airport to both North America as well as the Middle-East on top of opening numerous new route opportunities within Europe, Russia and Northern Africa, which were not possible with old-generation aircraft.

SWISS is expected to be the first airline to offer service with the C Series to and from LCY later this year.

With the lowest noise and emissions levels of any commercial aircraft in its class, the C Series aircraft is ideal for urban operations and noise-sensitive airports. The CS100 aircraft has a much lower noise footprint compared to other commercial jets, and provides a better quality environment for London residents as it is the quietest commercial aircraft in production.