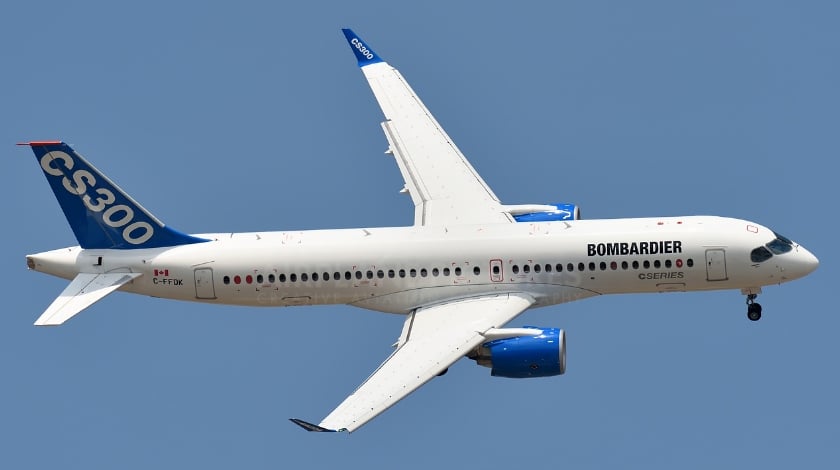 The validation is a requirement for the aircraft’s operation in Europe and a precursor to first delivery to CS300 launch operator, airBaltic of Latvia.

“Certifying two clean-sheet aircraft within a nine-month period is a major aviation industry achievement and today we celebrate the latest C Series program milestone with the CS300 EASA certification.

We owe a great deal of thanks to the hundreds of Bombardier employees and suppliers who have worked so diligently and professionally to design and build the superb C Series aircraft — the only single-aisle jetliners developed for the 100- to 150- seat market segment in close to 30 years,” said Fred Cromer, President, Bombardier Commercial Aircraft.

“EASA’s approval of our CS300 aircraft, as per schedule, recognizes the significant contribution of our highly skilled engineers and technical experts in the development and testing of the best-in-class C Series aircraft,” said François Caza, Vice President, Product Development and Chief Engineer and Head of Bombardier’s Design Approval Organization.

“We fully expect that the CS300 aircraft’s upcoming delivery and entry-into-service with airBaltic will be as successful as for the CS100 aircraft with SWISS.”

“Our teams have produced an impressive family of airplanes with proven technology, performance, passenger amenities, economics and environmental qualifications that are turning heads and will be serving operators well in the future,” said Robert Dewar, Vice President, C Series Aircraft Program.

“Our focus is on the completion of the first production CS300 aircraft for launch operator airBaltic as their teams focus on completing their pilot and crew training for first delivery later this year.”

Bombardier’s smaller CS100 airliner, which was awarded Type Certification by Transport Canada in December 2015, and Type Validations by both EASA and the U.S. Federal Aviation Administration (FAA) in June 2016, successfully entered service with launch operator SWISS in July 2016.

Both airBaltic and SWISS have joined Bombardier’s Smart Parts program for the C Series aircraft.