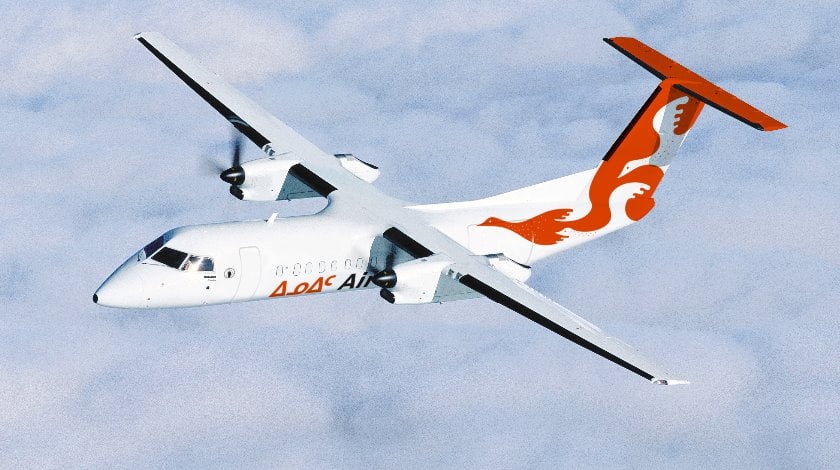 Bombardier Commercial Aircraft and Air Inuit Ltd. announced today that they are working together on a passenger-to-freighter conversion for the Q300 turboprop aircraft. The freighter will include a large cargo door.

Dorval, Québec-based Air Inuit, a long-time operator of Q300 aircraft has championed this modification and will be the launch customer for the conversion. In support of this conversion, a new Supplemental Type Certificate (STC) will be developed under license by a specialized third party entity.

“The Q300 aircraft has served us well in our passenger, charter and cargo operations in Nunavik and other markets for many years, and we look forward to enhancing our cargo services with three Q300 Large Cargo Door freighters.”

“The passenger-to-freighter conversion will offer an outstanding opportunity for additional utilization of the robust, reliable platform that the Q300 aircraft provides. We thank Air Inuit for its enthusiasm and assistance in moving this project forward.”

The converted Q300 aircraft is expected to have a cargo capacity of 12,500 lb with an optimized cargo door. The aircraft will accommodate palletized and free load cargo.

The Q Series family of aircraft combines advanced technology and superior design features to provide the ruggedness and performance required in the high-frequency, short-haul regional airline environment. The flexibility of the Q Series family of aircraft has also resulted in its being adapted for a wide variety of non-airline roles such as cargo service, medical evacuation, corporate transport, airways and navigation aid calibration, navigator training and maritime patrol.

Currently, over 1,100 Q Series aircraft are in service with more than 150 operators worldwide.