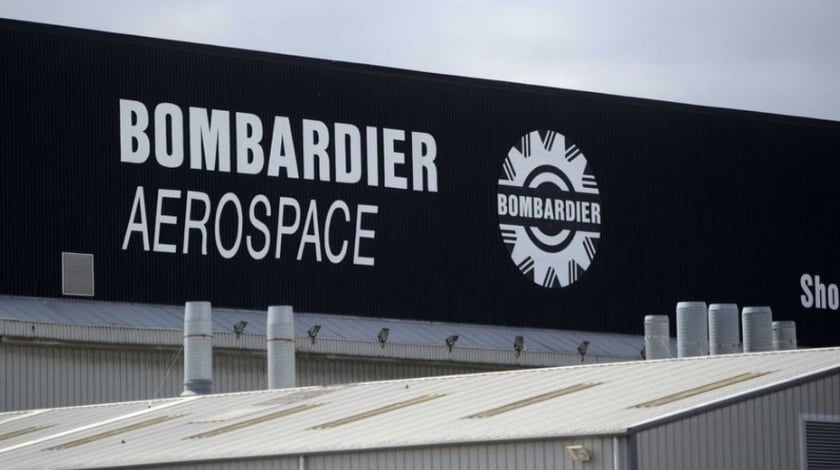 Bombardier has reported its fourth quarter and full year 2016 results. The Company also affirmed its guidance for 2017 and highlighted another quarter of solid performance as it executes its turnaround plan.

“Our turnaround plan is in full motion,” said Alain Bellemare, President and Chief Executive Officer, Bombardier Inc. “In 2016, Bombardier delivered on its financial commitments. We met our program milestones and we’ve positioned the Company to achieve all of the financial goals in our five-year turnaround plan, including being cash flow break-even in 2018.”

On a consolidated basis, Bombardier exceeded its 2016 guidance range for EBIT before special items; improved its year-over-year cash performance by $778 million; and delivered approximately 200 basis points of margin improvement at its Transportation, Business Aircraft and Aerostructures segments.

With the successful refinancing of $1.4 billion of senior notes in the fourth quarter, the Company also successfully completed the de-risking phase of its turnaround plan in 2016, securing the liquidity necessary to fully execute the final two phases of the plan: building earnings and cash flow and de-leveraging its balance sheet.

Further highlighting the Company’s progress in the fourth quarter was the successful entry-into-service of the CS300 aircraft with airBaltic, which followed the strong performance of the CS100 aircraft with SWISS since starting commercial operations over six months ago. Bombardier’s all-new, class-defining, ultra-long range business jet, the Global 7000, also began flight testing in the fourth quarter and remains on schedule to enter service in the second half of 2018.

“As we begin 2017, we are confident in our strategy, our turnaround plan and in our ability to unleash the full value of the Bombardier portfolio,” Bellemare continued.

“We remain focused on improving operational efficiency, flawlessly ramping up our new programs and maintaining a disciplined and proactive approach to deliver value to customers and shareholders in any market environment.”

For 2017, as per guidance introduced in December 2016, the Company expects to resume revenue growth in the low-single digits, driven by an increase in Transportation revenues and an acceleration of C Series aircraft deliveries.

EBIT before special items for 2017 is forecast to increase by 35% at the mid-point of the $530 million to $630 million range, with margins improving across all business segments. Free cash flow usage should continue to improve by up to $300 million, falling in the range of $750 million to $1.0 billion as the Company continues to come down the learning curve on the C Series aircraft.

Business Aircraft’s 2016 financial performance exceeded guidance on all fronts, delivering a total of 163 aircraft, while reaching revenues of $5.7 billion and EBIT margins before special items of 6.4%, a 200-basis point improvement over the prior year.

Financial results for 2016 demonstrated our continued focus on driving sustainable margin expansion through increasing production efficiency, transforming our cost structure, improving our production agility and the enhancement to our pre-owned aircraft business.

We also made significant progress on the development of the Global 7000 and Global 8000 aircraft program, setting the standard for a new category of large business jets. We successfully completed, on November 4, 2016, the maiden flight of the first Global 7000 FTV, dedicated to testing basic system functionality and assessing the handling and flying qualities of the aircraft.

The Global 7000 aircraft is the first and only clean-sheet business jet with four living spaces. Engineered with a next-generation transonic wing design, the aircraft offers a steep approach capability and short field performance, coupled with highly efficient engines, the largest cabin in this category and a highly advanced cockpit.

Commercial aircraft’s financial performance for 2016 was marked by the production ramp-up and the start of the revenue-generating phase of the C Series aircraft program. Revenues and deliveries were in line with guidance.

The EBIT loss compares favourably relative to guidance, stemming from strong execution while ramping up production and cost control during the initial months following EIS and supported by the reliability of the aircraft in service. Our focus is now on improving efficiency while ramping up to full production, continuing to increase our order backlog, delivering the C Series aircraft and providing customer support.

Commercial Aircraft reached a historic milestone in 2016 as it certified and brought to market both variants of the C Series aircraft, the first all-new clean-sheet designed family of single-aisle aircraft in the 100- to 150-seat segment in nearly 30 years.

With a total of seven aircraft delivered by year end, both the CS100 and CS300 aircraft are delivering on their operating cost advantage, superior operating flexibility, exceptional performance and range, as well as passenger comfort.

During the year, significant orders solidified the C Series aircraft program in the 100- to 150-seat category. A total of 129 firm orders and 80 options were added to the backlog, from Delta Air Lines, Air Canada, airBaltic and Air Tanzania, with a combined value of $10.1 billion at list prices.

During the year, we closed the $1.0-billion equity investment by the Government of Québec (through Investissement Québec) in return for a 49.5% equity stake in a newly-created limited partnership, the C Series Aircraft Limited Partnership (CSALP), which carries on the operations related to our C Series aircraft program and continues to be consolidated in our financial results.

We achieved revenue and profitability in line with guidance for 2016. Margin expansion was driven by strong execution of our transformation initiatives, aiming to optimize our operations.

Our operational transformation is gaining traction. During 2016, the EBIT margin before special items of 7.4% exceeded our guidance. Our 2016 revenues of $7.6 billion are lower than guidance, which is mainly attributed to our active project management resulting in the continued deferral of certain revenue under long-term contract accounting.

Strong order intake of $8.5 billion across all product segments and geographic regions led to a book-to-bill ratio of 1.1 for the fiscal year and brought the backlog to $30.1 billion at year end.

On February 11, 2016, we closed the sale to the CDPQ of a $1.5-billion equity investment in convertible shares representing a 30% stake in Bombardier Transportation (Investment) UK Limited (BT Holdco), which, following the completion of a corporate reorganization, owns essentially all of the assets and liabilities of Bombardier’s Transportation business segment. BT Holdco continues to be controlled by Bombardier Inc. and consolidated in its results.