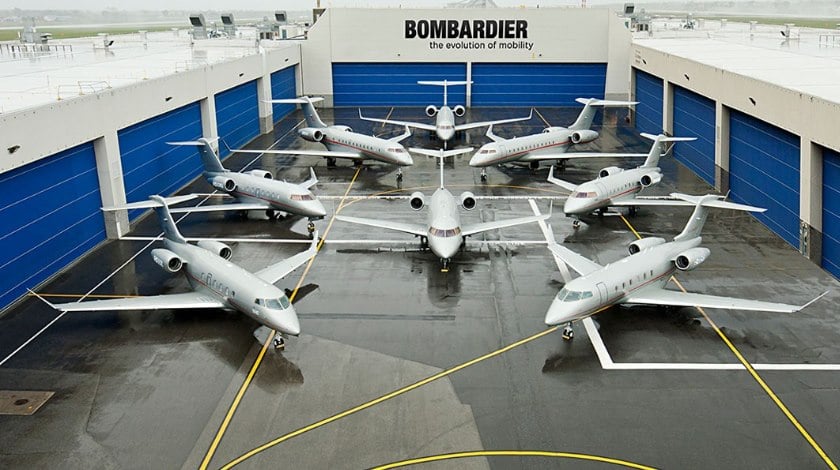 “We continue to gain momentum as we execute our turnaround plan and transform our company,” said Alain Bellemare, President and Chief Executive Officer, Bombardier Inc. “In the third quarter, we again delivered on our financial commitments, we achieved our program milestones and we continued to take the hard actions necessary to improve productivity, reduce costs and optimize our operations.”

With strong year-to-date performance, Bombardier reaffirmed its guidance and announced that it expects to finish the year at the high end of its EBIT guidance, with better operating margins at each of its business units and with significantly improved year-over-year cash performance. For the third consecutive quarter, EBIT margins before special items at Transportation, Business Aircraft, and Aerostructures and Engineering Services have exceeded 6%, showing early benefits of the Company’s turnaround plan. Further highlighting the Company’s progress is the recent first flight of the Global 7000; Bombardier’s all new class-defining ultra-long range business jet that is on schedule to enter service in 2018.

“As we close out 2016, we are confident in our strategy, our turnaround plan and in our ability to achieve our 2020 goals,” Bellemare continued. “We remain focused on improving operational efficiency, flawlessly ramping-up our new programs and maintaining a disciplined and proactive approach to deliver value to customers and shareholders in any market environment.”

Bombardier also announced that it will hold an Investor Day meeting on Thursday, December 15, 2016. Hosted by Alain Bellemare, the meeting will include disclosure of guidance for 2017 and presentations by the Company’s business segment leaders.

Bombardier reported consolidated revenues of $3.7 billion in the quarter and $12.0 billion in the nine-month period, following the planned reduction in business aircraft revenues and the deferral of revenue recognition following active project and cash management in Transportation.

EBIT before special items was $87 million and $323 million respectively for the quarter and year-to-date period, as margin improvements at Business Aircraft, Transportation and Aerostructures and Engineering Services were partially offset by the production ramp-up effect of the C Series aircraft program. Free cash flow usage improved by $496 million and $809 million respectively for the quarter and the nine-month period, reflecting continuous cash discipline and lower development spend following the certification of both the CS100 and CS300 aircraft. With the completion of the equity investment by the Government of Québec (through Investissement Québec), Bombardier boasted a strong liquidity position of $4.4 billion as at September 30, 2016.

These results give Bombardier strong confidence in exceeding its profitability targets(1) in all its business segments, leading to a consolidated EBIT before special items guidance between $350 million and $400 million for 2016. The Company is also refining its revenue guidance to approximately $16.5 billion and confirming its consolidated free cash flow usage guidance to the range of $1.15 billion to $1.45 billion, as previously announced, following a revised delivery forecast for the C Series aircraft program as a result of engine delivery delays.

For the third consecutive quarter, we had strong delivery performance. In the nine-month period ended September 30, 2016, we delivered 109 aircraft and achieved a book-to-bill ratio of 0.8.

We realized an EBIT margin before special items of 6.6% for the nine-month period ended September 30, 2016, driven by business model enhancements and transformation initiatives.

Based on results to date, we are increasing guidance for the year to revenues of approximately $5.5 billion, over 150 deliveries, and EBIT margin before special items greater than 6%.

On July 11, 2016, the CS300 aircraft obtained its type certification from Transport Canada (TC). Our focus now is improving efficiency while ramping up to full production, continuing to increase our order backlog, delivering the C Series aircraft and providing customer support.

We adjusted the delivery forecast for the C Series aircraft program for the full year, from 15 to 7 aircraft, as a result of engine delivery delays by our supplier Pratt & Whitney. We also updated Commercial Aircraft’s guidance to revenues of approximately $2.7 billion and improved EBIT loss before special items to approximately $450 million, driven by strong cost management.