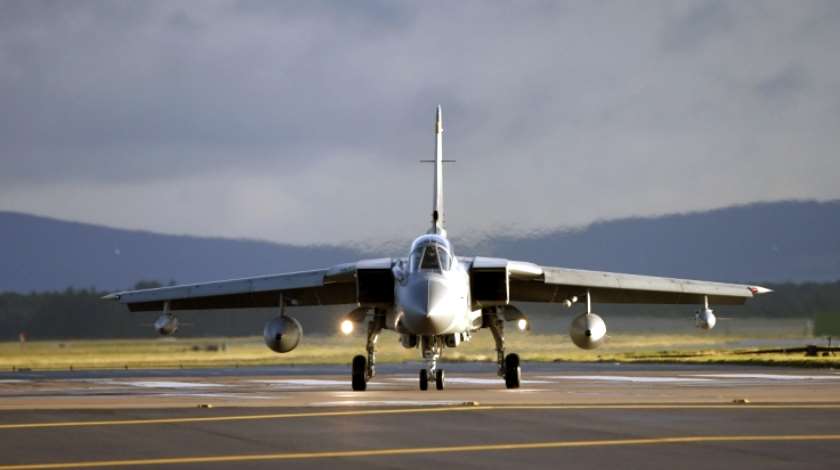 Tornado bombers took off from the RAF Akrotiri air base in Cyprus and made strikes on targets in Syria, the source said. The bombers were back at base.

“A strike was made from over Syria,” said the source, who spoke on condition of anonymity.

The source declined to give further operational information about the targets or the number of aircraft involved, citing national security.

A Reuters witness in Cyprus saw four jets leaving in pairs from the air base within an hour of each other. All four had since returned.

RAF Akrotiri has been used as a launchpad for attacks on Islamic State targets in Iraq for just over a year, and late on Wednesday Britain’s parliament broadened its scope for targets within Syria.

After more than 10 hours of tense debate, members of parliament voted in favor of the air strikes by 397 to 223.

France and the United States are already bombing Islamist militants in Syria, while Russia has bombed mainly other rebels, according to conflict monitors and Western officials, in an intervention launched on Sept. 30 to bolster its ally, Syrian President Bashar al-Assad. The West says Assad must go.

Cyprus, 100 km (60 miles) from Syria, is the closest European Union member state to turmoil in the Middle East.