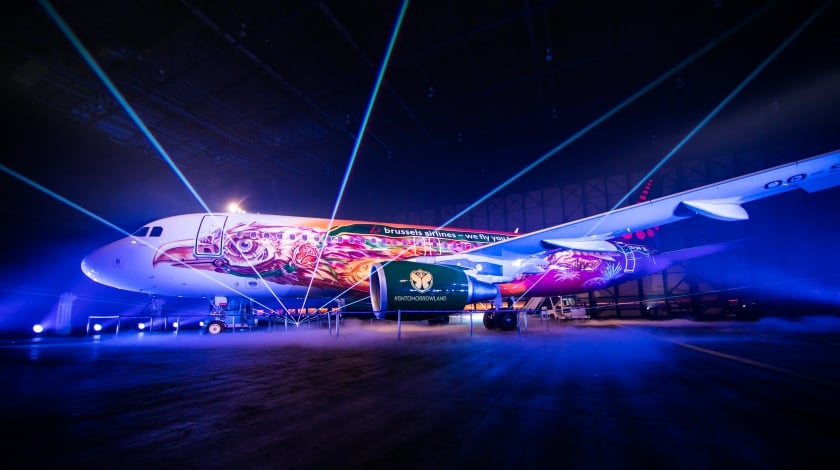 Tomorrowland has been honored by Brussels Airlines. The carrier has unveiled a special themed aircraft featuring the electronic music festival held every year in Boom, Belgium.

According to the airline Tomorrowland is considered “the most international gathering in the world,” with thounsands of visitors from over 200 countries gathering for “an unforgettable weekend and friendship without borders.”

To symbolize this, Brussels Airlines and Tomorrowland created Amare, a special themed Airbus A320 jetliner (OO-SNF • MSN 2810), with a special artwork that took nine months to finish.

The team worked non-stop for two weeks to airbrush the print onto the aircraft. The livery is set to last five years, spanning the skies over Europe and beyond.

The Tomorrowland experience is also present in the cabin. The carrier fitted a special mood lighting and the Tomorrowland Hymn by Hans Zimmer will be played every time travelers board the aircraft.

“Amare is not just an airplane; it brings people’s hearts together all the year round and symbolizes some of the key values of Tomorrowland: love, friendship and unity,” Brussels Airlines said in a statement.

Amare is the latest of four aircraft to join the “Belgian Icons” fleet of Brussels Airlines. Three other Belgian brands have been selected to make up the promotional fleet, including the Belgian Red Devils football team, Belgian artist René Magritte and much-loved Belgian cartoon, Tintin. 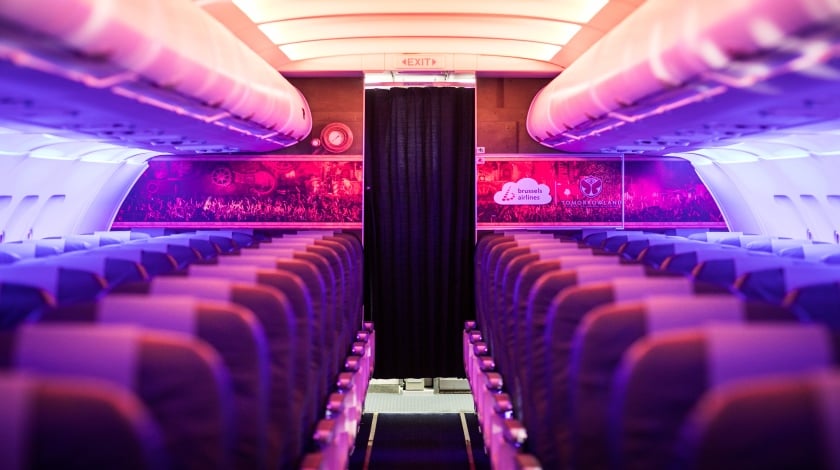 Today, Amare was incorporated into the fleet, serving flight SN2901 from Brussels to Vienna. Planespotters will be able to track the aircraft in a dedicated page at the airline’s website.