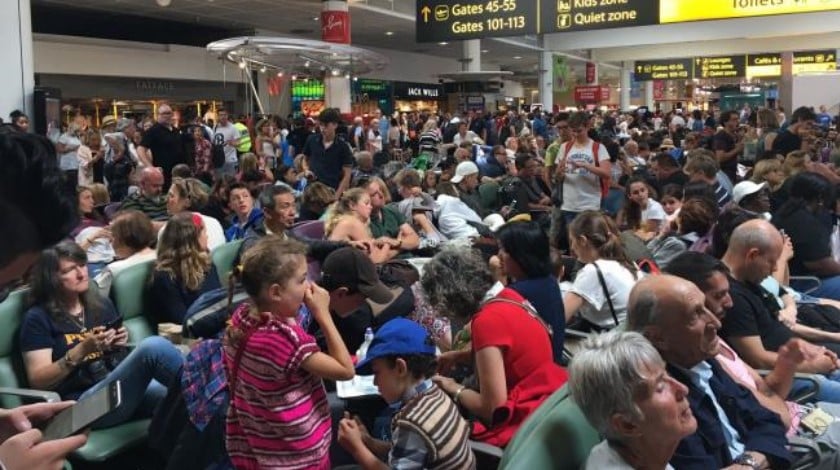 Airline passengers are facing cancellations, delays and disruption after a plane tyre burst as it left the runway on a transatlantic flight.

The plane was leaving Gatwick at 1.16pm bound for Canada when its tyre suffered a blowout.

It returned to Gatwick just under an hour later, triggering disruption to operations.

An airport spokeswoman said the runway was temporarily closed twice – first when the plane was in the air, and again after it landed – to carry out precautionary safety checks.

She said: “When the aircraft took off we had to check whether or not it had left some debris, so there was a mandatory inspection of the runway.

“Our flights are currently taking place on the back-up runway.

“There are some delays for the time being, and we expect we may see some cancellations today.

“We apologise as flights for the rest of the day will experience delays and there will be some cancellations. Passengers are advised to speak to their airline for the latest flight information.”

An airline spokesman said: “Air Canada Rouge flight 1925 Gatwick-Toronto, a Boeing 767 with 282 passengers on board, landed safely back at Gatwick.

“As per standard operation procedures and as a precautionary measure the crew requested emergency services presence after a tyre blew upon take-off.

“We are currently working to get our passengers on their way as quickly as possible.”