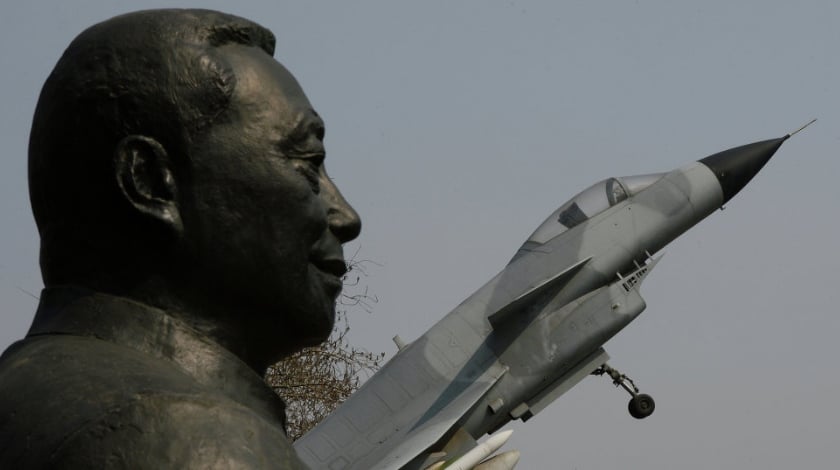 China’s Defense Ministry on Sunday denied intercepting a US Navy surveillance aircraft, saying its fighter jets were verifying the US aircraft and that the operation was lawful, professional and safe.

Two Chinese J-10 fighter jets tried to intercept a US Navy surveillance aircraft over the South China Sea on Thursday, US officials said.

Meantime, China’s Foreign Ministry said in a statement on its WeChat account on Sunday that the US has sent aircraft inside China’s air space several times, which infringed on the country’s sovereignty and threatened the lives of front-line personnel of both countries.

The ministry said that such acts cause problems in China-US military security, and we again urge the US to take measures to rectify and avoid similar incidents from happening. China’s military will perform its duty and protect the country’s sovereignty and security, the ministry said.

One J-10 fighter flew about 200 yards (180 meters) in front of a US P-3 spy plane and conducted “unsafe” maneuvers, a US official told CNN. The maneuvers restricted the ability of the US plane to fly, the official said.

The US Navy plane’s operations “continued unimpeded,” US Navy spokesman Gary Ross said. The Navy added the US plans to address the incident with the Chinese government. On Wednesday, US Navy destroyer USS Dewey sailed within 12 nautical miles of Meiji Reef in the South China Sea.

At a press conference on Thursday, Chinese Defense Ministry spokesperson Ren Guoqiang condemned the destroyer’s operations and confirmed that the PLA Navy’s missile frigates sent a warning and drove the destroyer from the area.

“China has indisputable sovereignty over the Nansha Islands and surrounding waters, and the Chinese military firmly opposes the US military’s moves, which will militarize the region and increase the possibility of sea and air accidents. China has made solemn representations to the US,” Ren said.

This latest moves are the first confrontation since President Donald Trump took office, after Sino-US ties showed signs of stabilizing following a meeting between Chinese President Xi Jinping and Trump in April.