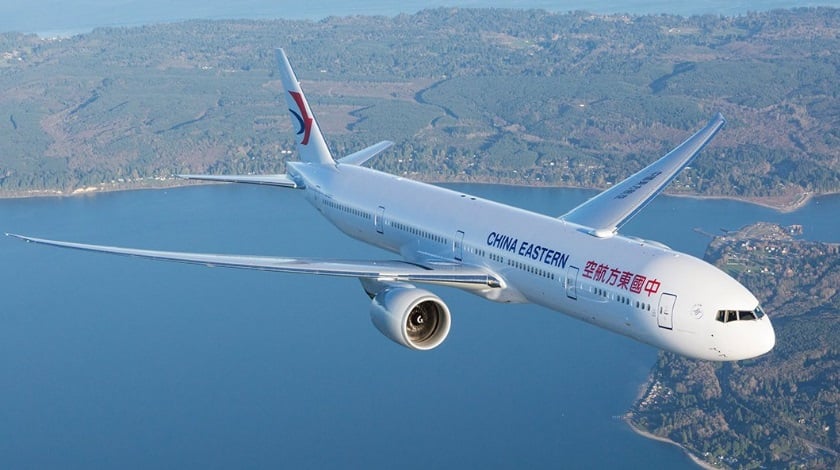 China Eastern Airlines is to add more than 250 aircraft to the group’s fleet over the next five years, with 50 set to be introduced before the end of 2017.

The airline, which in July agreed to take a 10 percent stake in Air France-KLM, said its fleet modernisation programme means 191 jets will be delivered between the second half of 2017 and the end of 2019.

A further 72 aircraft will be added between 2020 and 2022, while a total of 47 are expected to be retired over the coming five years.

The majority of new planes joining China Eastern’s fleet are narrow-body aircraft – 30 Boeing 737s and 15 Airbus A320s will be introduced before the end of this year, alongside just five wide-body planes. In 2018, the split will be 53 narrow-body and 14 wide-body, and in 2019 it will be 63 versus 11.

The expansion follows the introduction of 23 new jets during the first half of 2017 and the retirement of 12. The changes meant China Eastern operated a fleet of 593 aircraft at 30 June 2017, comprising 583 passenger jets and ten business aircraft held under trust.

The fleet update was given as China Eastern announced its interim results for the first-half of 2017, which revealed a 34.4 percent jump in profit to RMB 4,341 ($658.5m) compared with a year ago.

However, the carrier said fierce industry competition, which resulted in a drop in revenue from international routes, coupled with a turbulent geo-political landscape in certain countries, have adversely impacted the wider air transportation industry.

In the first half of 2017, China Eastern launched ten routes between China and the US and expanded its codesharing coverage with Air France-KLM.

In July, the carrier also agreed to buy a 10 percent stake in Air France-KLM – the first investment by one of China’s three largest state-owned airlines in a Western carrier. The deal is part of a wider plan between Delta Air Lines, Virgin Atlantic and Air France-KLM.

Despite the international expansion, China Eastern’s domestic capacity continues to dominate its route schedule. According to figures from OAG, the total number of available domestic seats is set to near 90 million in 2017, up by almost 18 percent compared with five years ago. Its international capacity this year will be about 21 million.