China Goes All Out to Become ‘Global Aviation Power’ 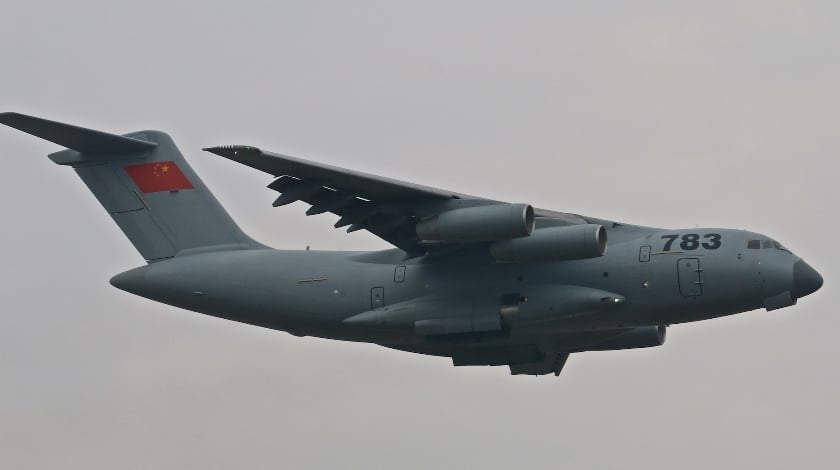 Chinese leadership views investing in domestic aviation, both civilian and military, as one of the country’s top priorities in hopes that this will help Beijing improve its manufacturing industry, boost innovation and improve national defense, Xinhua reported.

Geng Ruguang, Executive Vice President of the Aviation Industry Corporation of China (AVIC), described aviation industry as the “crown jewel” of manufacturing, saying that China has the potential “to become a global aviation power.”

AVIC is the country’s leading aerospace and defense company behind some of China’s biggest projects, including the AVIC TA-600, the Comac C919 and the Xian Y-20.

The AVIC TA-600, also known as AG-600, is said to be the largest amphibious aircraft in the world. It is expected to make its maiden flight later this year. The flying boat, manufactured by AVIC, is designed to be used to fight forest fires and carry out rescue missions at sea.

Last year, China unveiled the Comac C919, a jet airliner intended to compete with passenger planes produced by Airbus and Boeing. The aircraft will perform its first flight next year and will then carry out test flights for additional three years, the Chinese news agency said. Comac was established by several companies, including AVIC.

China apparently considers large aircraft as a necessary step to increase its international standing. Unsurprisingly, Geng Ruguang referred to them as an element of “a great power.”

“It is a harvest time for China’s aviation industry to embrace multiple symbolic major models after years of constant efforts. It represents the general upgrading of its national and scientific strength,” he said.

On August 28, the country established the Aero Engine Corporation of China (AECC) tasked with creating what the Chinese lovingly call a “heart” for its domestic aircraft. AECC is expected to showcase some of the engines at the upcoming China International Aviation & Aerospace Exhibition, also known as Airshow China. It will be held on November 1-6 in Zhuhai, Guangdong.

However, some doubt that China will be able to quickly close the technological gap.

“Chinese engineers are capable of building military aircraft engines but have yet to master the skills to develop and produce the large, powerful turbofan engines used in commercial airliners. For years, China has struggled to produce advanced aircraft engines that are capable of matching up to their foreign counterparts, despite state funding,” the website Defence Aviation asserted.