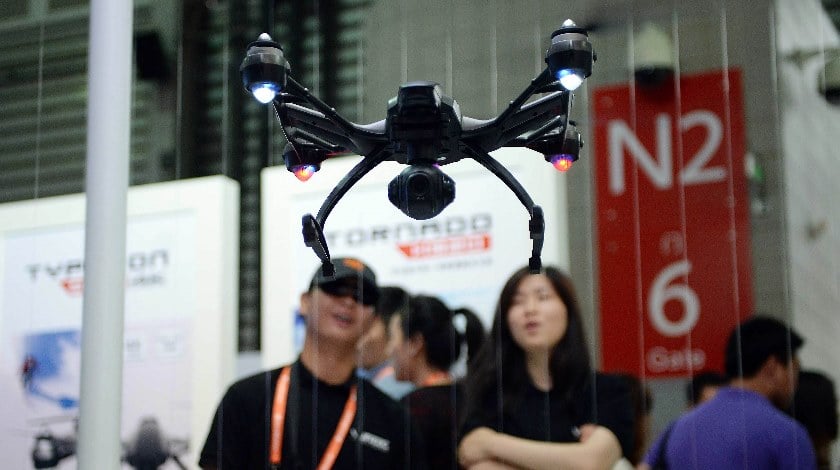 China’s civil aviation regulator has issued its first-ever “traffic rules” for the operation of light-duty civilian unmanned aircraft. The guidelines have been issued on a trial basis, as the country has witnessed remarkable growth in the number of civilian drones.

Li Bin started learning how to fly drones just three months ago. But now, he has passed the licensing test and become a coach at Beijing Tiantu Aviation Technology Company. Based on Li’s experience, flying drones could be dangerous if no proper rules are put in place.

“Drones are not airplane models. They are much bigger and heavier. Even when a seven-kilogram one falls on the ground, it would not only be smashed, but it could also hit people. If people fly drones wherever and whenever they want, it will be a mess.”

Right now, the number of qualified drone pilots in China exceeds 2,000. At the same time, up to 20,000 civilian drones are being flown. However, the growing popularity of drones in the country has also triggered some safety concerns.

Last November, a video captured by a private drone showed a Chinese fighter jet making a landing – but the drone almost hit the jet. Ke Yubao, secretary-general of China’s Aircraft Owners and Pilots Association, says without certain rules, the situation could be very dangerous.

“Can you imagine what will happen, if there are no traffic rules for cars, no requirement for drivers’ licenses and no number plates for cars? It’s the same for aircraft in the sky.”

Earlier this month, the Civil Aviation Administration of China issued specific regulations over different types of drones being flown in the country. By doing so, the civil aviation regulator has classified them into seven categories based on their weight and functions. The idea of big data management and China’s “Internet Plus” strategy has also been introduced into the regulations. Ke Yubao says it is very necessary to differentiate requirements for the various drone types.

In recent years, drones have been widely used for agriculture, environmental protection, and disaster relief missions in China. It is also estimated that drone production and sales in the country are set to exceed 100-billion yuan, or 15 billion US dollars in the next decade.