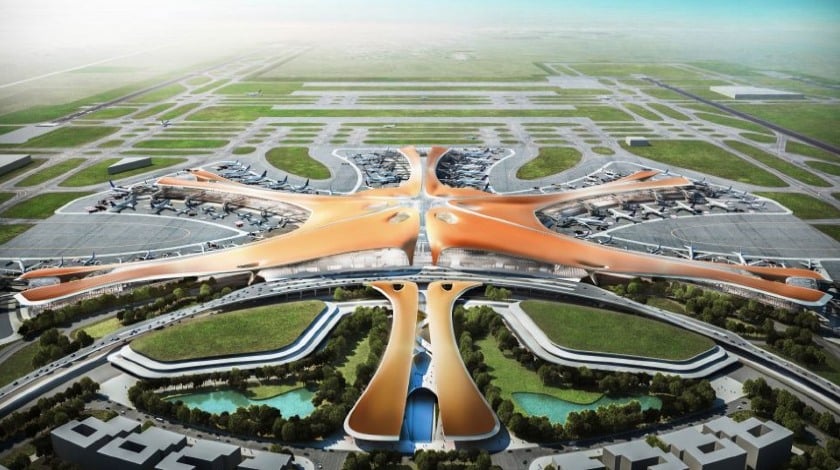 China will complete the first phase of an expansive new airport in Beijing, which could eventually be the world’s largest, by 2019, officials with the project told reporters.

Representatives of the Beijing New Airport project showed off the sprawling construction site on Monday, saying the city’s second major airport could serve 45 million passengers a year with four runways on first opening, while two later phases would push the capacity to 100 million passengers annually.

That would put the airport, to be the world’s largest in surface area, roughly in line with Hartsfield-Jackson Atlanta International Airport, the world’s busiest by annual passengers.

“Our worry isn’t whether or not we’ll have this many passengers but whether we’ll be able to satisfy demand,” said Jia Zhiguo, an assistant general manager on the construction project.

The existing Beijing Capital International Airport, the world’s second-largest and owned by the same company building the new airport, is already operating well beyond its planned capacity, he added.

China Eastern Airlines Corp Ltd and China Southern Airlines Co Ltd will relocate to the new airport upon completion and account for four-fifths of its air traffic, airport officials said.

In the midst of farm fields of fruit trees and sunflowers, the airport is “relatively far” at 46 kilometres (28.6 miles) from the Beijing city centre, but is being built to equally serve the surrounding Hebei province and the neighbouring port city of Tianjin, which China aims to make into a unified economic development zone, said Zhu Wenxin, a spokesman for the project.