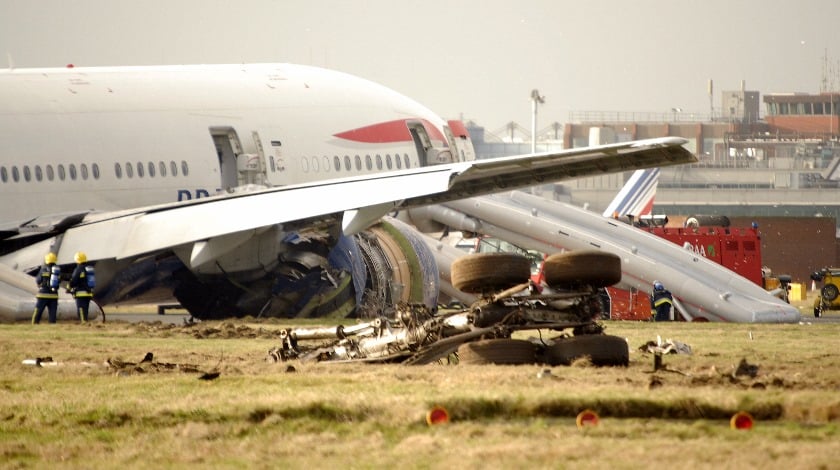 The 2017 commercial aviation accident rate registered by member states of the Interstate Aviation Committee (IAC), who are signatories to the 1991 Civil Aviation and Use of Airspace Agreement, is at its worst in the last five years.

Although the overall number of aviation-related accidents has remained at 2016 levels, the IAC analysis notes a ‘steady negative dynamics’ trend since 2014.

The IAC, which incorporates all those former Soviet republics – except for the Baltic states – which are now independent nations, logged 32 air crashes involving member-states registered aircraft, resulting in 74 fatalities in 2017. In 2016, there were 28 air crashes registered (claiming 74 lives).

The number of crashes increased, despite the fact that the overall number of aviation accidents declined from 63 in 2016 to 58 in 2017.

This anomaly is explained by a disappointingly poor record in the CIS region’s general aviation (GA) category. In the period, the commercial aviation sector’s figures, which show 29 aviation accidents, a total which includes 14 crashes with 40 fatalities and, by comparison, the 28 aircraft accidents including 11 fatal (44 dead) of 2016, whilst the GA sector saw the number of accidents decline from 35 to 29 (the number of fatal accidents rose from 17 to 18), but the number of fatalities increased from 30 to 34.

Thus, 50 per cent of all accidents occurred in the GA segment, with 75 per cent of them caused by flight crew errors and deviations.

The IAC’s concerns are also fuelled by increasing instances of unlicensed pilots at aircraft controls, or flight crews operating without valid medical certificates. Some of the cases involved aircraft operations without a valid certificate of airworthiness.

The number of accidents involving passenger airliners changed only slightly: four accidents were registered, including two fatal crashes last year, versus five accidents and one fatal in 2016 (the number of fatalities decreased from seven to five).

At the same time, it was this airliner segment that influenced the statistics in the first place – its relative safety index has remained the lowest in the 2013-2017 period across the industry.

In the GA sector, there were 14 accidents which involved light and ultra-light aircraft in 2017, with eight of them fatal (21 dead), while in 2016 the comparative number of accidents totalled 12 (seven of them resulting in fatalities, 12 dead), giving it the worst relative accident rate index in the 2013-2017 time frame.

The rotorcraft segment registered 11 accidents last year, with four of them fatal (14 deaths). In 2016, there were 12 accidents logged with three fatal accidents, though the number of people killed was remarkably higher at 25.

Overall, the share of accidents due to human factor is roughly estimated at 80 per cent, the Interstate Aviation Committee’s experts point out.

Following its analysis of all 2017 accidents, the IAC has urged the national aviation authorities to pay more attention to flight crew training issues. Another recommendation requires more stringent supervision in the GA segment.