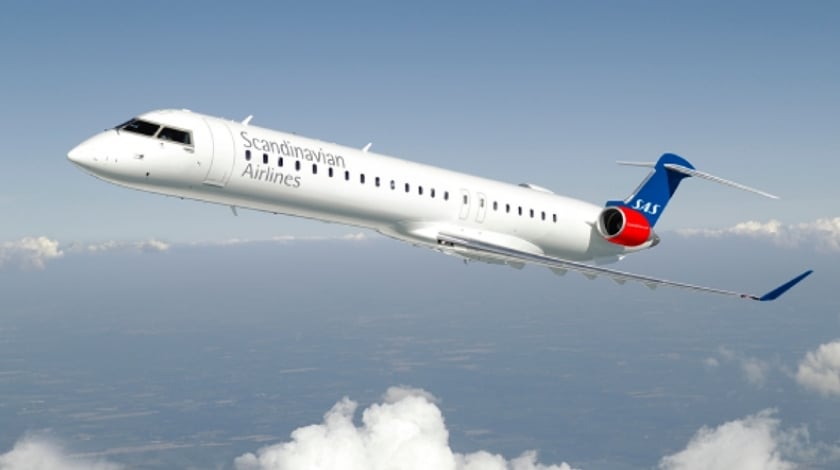 Bombardier Commercial Aircraft announced that Dublin-based regional carrier, CityJet has exercised the four options that were part of a purchase agreement announced on February 1, 2017.

That agreement included a firm order for six CRJ900 aircraft and options for four more. Upon delivery, the aircraft will operate under wet lease in the SAS network.

Based on the list price of the CRJ900 aircraft, the order is valued at approximately US $467 million, now that all options have been exercised.

“CityJet has become one of our largest European CRJ900 aircraft advocates in a short period of time and we are delighted that the airline continues to put its confidence in Bombardier and its products,” said Ryan DeBrusk, Vice President, Sales, Europe, Russia & Commonwealth of Independent States, Bombardier Commercial Aircraft. “The CRJ900 aircraft is ideally suited to growing markets across Europe and is creating excellent value for a wide variety of operators with its superior performance, economics and enhanced cabin amenities.”

“The CRJ900 is proving to be an extremely reliable and popular aircraft in our Nordic operations on behalf of SAS Scandinavian Airlines. The confirmation of these orders – bringing us to 22 new CRJ900 aircraft in our fleet – further demonstrates CityJet’s belief in this aircraft as a key part of our wet lease growth strategy,” said Pat Byrne, Executive Chairman, CityJet.

Since early 2016, CityJet has taken delivery of 12 new CRJ900 aircraft – all of which it operates for SAS. In January 2017, CityJet acquired Cimber A/S, a regional airline in Denmark and a former wholly owned subsidiary of SAS, which operates a fleet of 11 CRJ900 aircraft, most of which will be replaced by the new order.