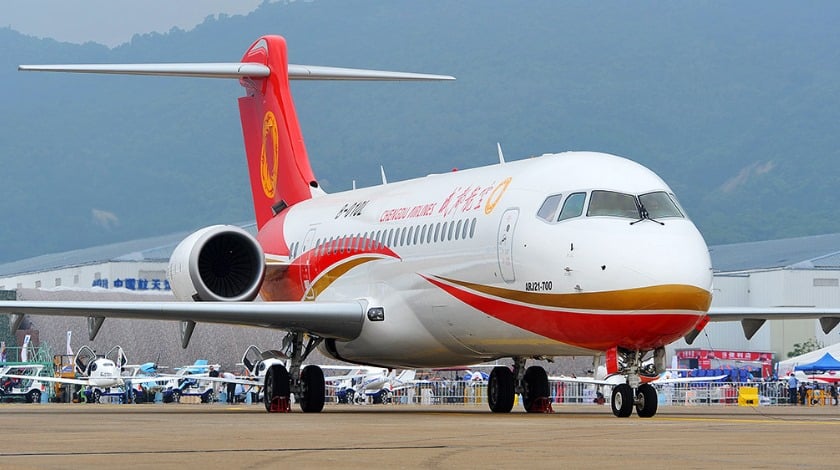 Commercial Aircraft Corporation of China, Ltd. (COMAC) signed a Letter of Intent (LOI) of 20 ARJ21-700 aircraft with HNA Group Co., Ltd. This is the first implementation result of the framework strategic cooperation agreement between COMAC and HNA Group signed in Shanghai in early June this year.

He expressed that HNA Group had been one of the most important partners and customers of COMAC, COMAC had signed a Framework Strategic Cooperation Agreement with HNA Group earlier, and this signing would further deepen the cooperation between both sides.

COMAC would work with domestic and foreign customers like HNA Group and Urumqi Air to jointly promote the market-oriented and large-scale operation of China-made civil aircraft.

Mr. Zhao Quan expressed that HNA Group had been committed to becoming an important participant and major force in building China into a civil aviation giant, and was willing to make contributions to letting China-made aircraft soar in the sky and reach out to the world.

Signing agreement with COMAC to purchase the modern jet designed and manufactured by China was an important decision for Urumqi Air to accelerate its business development. It was believed that ARJ21-700 aircraft would open up broader way for the business development of Urumqi Air, and assist HNA Group in building an air bridge for “The Belt and Road Initiative”.