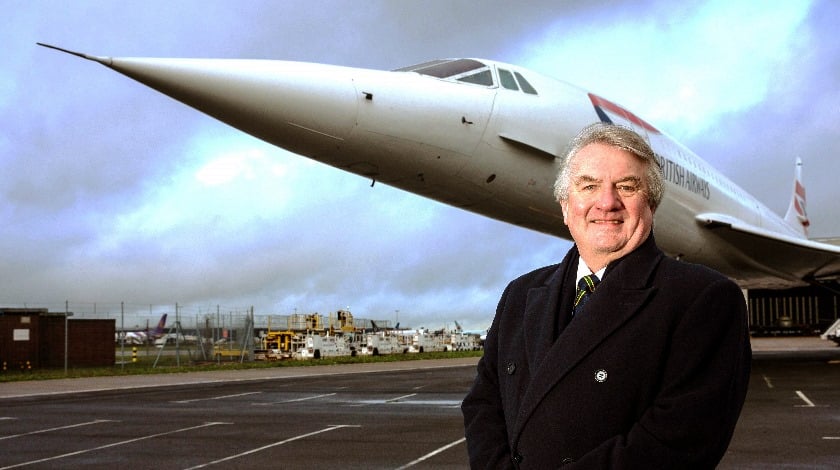 “She’s looking ship-shape and remarkably good 40 years on! I’m delighted that, parked in her position at the end of runway 27L, millions of customers arriving at and leaving Heathrow continue to have the opportunity to catch a glimpse of one of the great loves of my life.” following his walk-around, Captain Bannister declared

Alpha Bravo, one of seven Concordes operated by British Airways, remains in top condition thanks to the efforts of a new generation of engineers who were still at school when Concorde retired in 2003. These apprentice and graduate engineers have learned how to maintain and protect the airframe of Concorde under the watchful eye of senior engineers and retired Concorde specialists.

Keith Rose, British Airways’ general manager of engineering, who is in charge of the Concorde project, said: “Working on Concorde not only gives our graduate and apprentice engineers the chance to expand their skills by working on a unique aircraft type, it also allows them to be part of the extraordinary heritage of British Airways, keeping this world-renowned aircraft in excellent showcase condition.”

Concorde’s first commercial British Airways flight took-off from Heathrow on January 21 1976, bound for Bahrain. From 1976 to 2003, the aircraft’s sleek fuselage and slender delta wing was the silhouette to spot as she climbed out toward or returned from her usual destinations of New York or Barbados. The seven British Airways Concordes are now displayed around the world, and it is estimated that more than one million people have visited them over the past 12 years.

While the retirement of Concorde was a sad day for all aviation enthusiasts, the aircraft has left a lasting legacy. Not only can she still be visited, and admired, but the many advances that first allowed Concorde to fly have since found their way onto today’s aircraft. For example, composite materials akin to those found on Concorde are now used to improve efficiency of aircraft such as the modern Boeing 787 Dreamliner; and high-pressure hydraulics, designed for Concorde have been adapted for use in the world’s largest aircraft, the Airbus A380.

Concorde was a joint undertaking by the British and French governments; she was designed and built jointly by the British Aircraft Corporation and Aerospatiale

Concorde successfully completed her first supersonic flight on 1 October, 1969 – although the first commercial flights by British Airways to Bahrain and Air France to Rio de Janeiro via Dakar – took place on 21 January 1976.

Concorde still holds the record for the fastest crossing of the Atlantic by a civil aircraft (New York to London in two hours 52 minutes, 59 seconds)

She flew up to 11 miles high at the edge of space in the layers between the stratosphere and the ionosphere where the curvature of the earth could be seen.

Due to the intense heat of the airframe, Concorde could stretch anywhere from six to 10 inches during flight. Every surface, even the windows, was warm to the touch by the end of the flight.

As well as passengers, Concorde was sometimes used to transport human organs, diamonds and currency.

James Callaghan was the first British premier to go supersonic when he went to see President Carter in Washington to negotiate landing rights for the aircraft in the US.