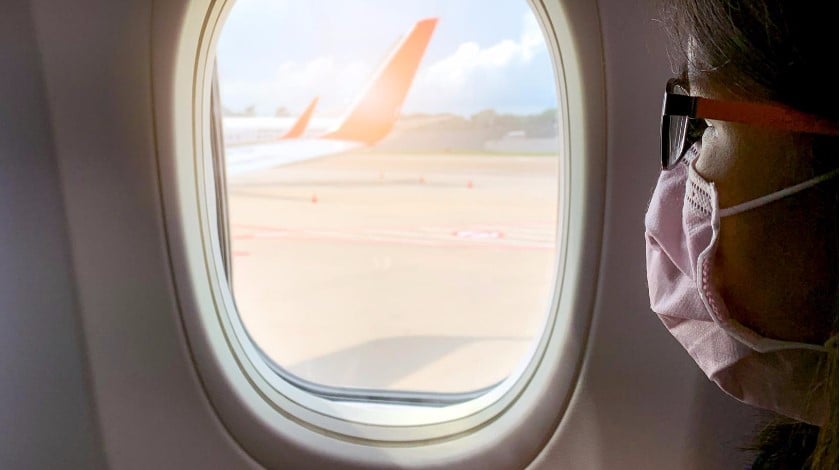 The novel coronavirus has been announced to be a public health emergency of international concern over the global outbreak by the World Health Organization (WHO).

The disease was declared a threat on the international level due to the cases of the virus springing up in other countries on the globe. In case the coronavirus will reach countries with poor health system, this might lead to uncontrolled travel of the disease.

In the statement of 30 January, 2020, the WHO provided that now there are “83 cases in 18 countries. Of these, only 7 had no history of travel in China. There has been human-to-human transmission in 3 countries outside China. One of these cases is severe and there have been no deaths”.

What concerns the situation in China, “there are now 7,711 confirmed and 12,167 suspected cases throughout the country. Of the confirmed cases, 1,370 are severe and 170 people have died. 124 people have recovered and been discharged from hospital”.

As far as air travel as one of the quickest ways to import or export the disease worldwide, aviation authorities, airlines and other governmental institutions are closely monitoring the situation and taking additional measures to ensure safety. For example, the US has told its citizens not to travel to China.

Below, you can find an updated list of airlines that has changed or cancelled their flights to China over the coronavirus.

Which Airlines Has Reduced Flights or Stopped Flying to China?

Following the Government of Canada’s Advisory to avoid non-essential travel to mainland China, Air Canada announced that “it is temporarily suspending all direct flights to Beijing and Shanghai until February 29, 2020”.

After careful consideration of the developing situation, Air France has also decided to suspend all scheduled flights to and from mainland China until 9 February, 2020.

Air India, the flag carrier airline of India, has also announced that it stops its flights on Delhi – Shanghai route from 31 January to 14 February.

Even the airline that was aiming to perform the first flight to China, Air Tanzania, has suspended the planned operations amid the outbreak of the coronavirus.

American Airlines said it will suspend flights from Los Angeles to Shanghai and Beijing from 9 February through 27 March. All the flight on other American routes to China will continue, however, the carrier said monitoring the situation and adjusting its schedules accordingly.

Korea’s Asiana Airlines is also suspending flights starting 1 February to three Chinese cities — Guilin, Changsha, and Haikou — because of the outbreak of the virus.

Among the first airlines to suspend flight all flights to and from mainland China was British Airways. The carrier’s decision with the immediate effect followed “advice from the Foreign Office against all but essential travel”. The airline said it is monitoring the situation, but currently this measure will remain in place until 31 January.

Asian airlines are also taking precautionary measure. The Hong Kong government said that Cathay Pacific, Cathay Dragon, Hong Kong Express, as well as Hong Kong Airlines (HKA) will cut the number of flights to mainland China from about 480 flights weekly, to about 240 flights from 30 January, until further notice, FlightGlobal reports.

Delta was the last major US carrier to limit its flight to China. The airline will continue its operations, however, with reduced capacity from 42 weekly flight between the US and China to 21 weekly flights. The changes in schedules will be effective from 6 February until 30 April, 2020.

The civil aviation ministry of Egypt confirmed that EgyptAir has suspended all flights to and from China starting 1 January, 2020, over the coronavirus outbreak.

El Al is also among airlines which has decided to suspend its flights to China until 25 March , 2020, as the “severity level of the disease remains unchanged”.

Taiwan’s EVA Air announced a partial cancellation of flights to and from mainland China for two weeks starting 2 February, 2020.

Prompted by the outbreak of the new coronavirus, the decision to suspend the routes to Nanjing (from 8 Feburary to 29 March) and Beijing Daxing (from 5 February to 29 March) came from the Finland’s national airline Finnair.

Iberia, part of the IAG group along with BA, said on Wednesday it was temporarily suspending all flights to Shanghai, its only mainland Chinese destination, “because of coronavirus”.

Another Indian airline to suspend flights to China amid the coronavirus is IndiGo which revealed it is halting flights between Delhi and Chengdu from 1 February until 20 February, 2020, and suspending itsBengaluru-Hong Kong flight effective 1 February.

Taking into account the current situation and China’s temporary ban placed on international group travel, Jetstar Asia reported it will freeze all flights into Hefei, Guiyang and Xuzhou until at least March 31.

The European carrier KLM has announced that decided “will also suspend service to Beijing and Shanghai after this weekend until 9 February, 2020”.

Among the latest airlines to react to the coronavirus is Korean Air which has suspended its flights between Incheon and Wuhan from until 27 March, and will suspend or reduce the frequency of some of its other routes to China.

The list of airlines has been supplemented by three more from the Lufthansa Group – Lufthansa, SWISS and Austrian Airlines – which in total offers 54 regular weekly connections from Germany, Switzerland and Austria to the Chinese mainland. The Group has decided to halt the flights until 9 February, meanwhile the bookings for respective flights have been suspended until the end of February, 2020.

Turkish Airlines has also warned its passengers about reducing frequency of flights to Beijing, Guangzhou, Shanghai and Xian from 5 February to 29 February, 2020.

Some of the flights to China have been suspended by United Airlines. Although the carrier will still operate between the US and China, the capacity has been significantly reduced due to “a significant decline in demand for travel to China”. According to United, at the moment, 24 flights have been removed from its schedule between 1 and 8 February.

The outbreak of a novel coronavirus (nCoV) is shaking the world. Therefore, to limit the risk of export or import of the disease which originated in the Chinese city Wuhan, airlines around the globe are temporarily halting or reducing their flights to Mainland China.

The World Health Organization in its updated statement on the matter from 29 January, 2020, “advises against the application of any restrictions of international traffic based on the information currently available on this event”. Nevertheless, numerous airlines in cooperation with their respective countries’ government are taking additional measures to prevent the spread of the coronavirus.

As for now, the CNN reported 170 fatalities due to the coronavirus, Also, there are nearly 8,000 others infected in China. Outside of mainland China, meanwhile, there are 91 confirmed cases. The numbers are still growing, as well as the concern over the further export of the disease on the global scale.

It should be noted that there is currently no vaccination for the coronavirus.