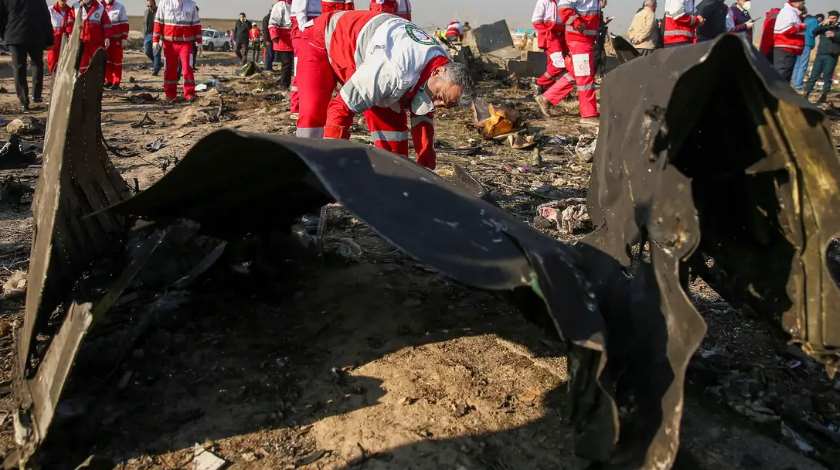 The fatal crash of the Ukraine International Airlines (UIA) Boeing 737-800 (737 NG) on 8 January, 2020, has come under rigorous scrutiny all over the world. The plane bound to Kiev came down minutes after departure from Tehran.

Iran has admitted “unintentionally” shooting down the Boeing 737 NG operated by the Ukrainian International Airlines with 176 people on board on 8 January, 2020.

After a number of potential causes considered, after great speculation over the connection between political tensions, military actions in Iran hours earlier and the fatal crash, the reason behind the death of nearly 180 people has been determined.

As it follows from the internal investigation of Iran’s Armed Forces, these were missiles that unintentionally hit the Boeing plane. It was human error which made the missiles shoot.

The information was confirmed by both the President and Foreign Minister of Islamic Republic of Iran on their Twitter accounts.

The Islamic Republic of Iran deeply regrets this disastrous mistake.

My thoughts and prayers go to all the mourning families. I offer my sincerest condolences. https://t.co/4dkePxupzm

Our profound regrets, apologies and condolences to our people, to the families of all victims, and to other affected nations.
💔

The statement of  the General Staff of the Iranian Armed Forces said that the plane had taken a sharp turn which made it appear near a military base. As the result, the plane was shot “a hostile object due to human error“, the Fars News Agency provides.

The semiofficial Fars News Agency reported Iranian President Hassan Rouhani saying that “the terrible catastrophe should be thoroughly investigated, and those responsible for this unforgivable mistake will definitely be identified and prosecuted”.

While the death of 176 people on board of the plane and political tensions might be only coincidence, speculation is rising at full speed. Now the following causes are considered among the most probable ones: terror attack, missile strike, engine malfunction, or collision.

Some of the questions could be clearly answered, some of these are rhetorical and some have to remain unanswered until any official releases. Or at least until the black boxes are read out.

What About the Black Boxes?

On 8 January, 2020, it became known that both flight and cockpit recorders were recovered, although, reportedly, a bit damaged. However, later on the retrieved equipment faced a dilemma: who will read it out?

In general, investigation is lead by the country, in which the accident took place. Also, among the main participants is the state of registry and operator of the aircraft, in this case Ukraine.

Additionally, investigation is assisted by the representatives from the countries, the citizens of which were among the victims. In this case, the  team includes authorities from Iran, Ukraine, Canada and Sweden, as for now.

However, not every country has necessary technology and experience in reading the recorders, as the process is rather very complicated. These could be done in such countries as the UK, US, France, Australia, Russia, etc.

While Iran refused to pass the recorders to the US, it still has to decide which country will help to extract data.

Media sources quote Ali Abedzadeh, head of Iran’s Civil Aviation Organisation, saying that the data from recorders will be assessed in Iran under the ICAO rules.

It is the missile strike version that the team of investigators is working on hard now. The same version is hotly discussed by the aviation experts, too. In light of the military acts that took place before the crash, the version of antiaircraft missile hitting the UIA Boeing 737 NG has the right to be treated seriously.

After the Internet became full of notes about the discovery of possible missile fragments near the crash site, Oleksiy Danylov, secretary of Ukraine’s National Security and Defence Council, wrote on Facebook that his team wants to search the site for this debris of a Russian-made Tor-M1 surface-to-air missile.

No information on the search results was provided.

A terror attack as well as collision with a drone or any other flying object are among the theories, as well.

In the immediate aftermath of the accident, engine malfunction was reported as possibly the main cause. Video materials available on the Interned show that the plane, or its engine, caught fire while being still in the air.

However, the latest reports suggest that Ukraine is already not taking technical problem as a primary cause.

Even though, right after the crash Ukraine’s embassy in Tehran issued a statement saying that it was engine failure which lead to the fatal tragedy, later on the statement was deleted and instead the institution released a new one saying that “any statements about the reasons for the crash made before the commission’s decision are unofficial”.

The airline has already confirmed that the last scheduled maintenance of the aircraft took place on 6 January, 2020, and it did not uncover any faults on arrival in Tehran or before take-off. Worth noting that flight crew did not call ATC and did not report any emergency.

Is It Connected to Boeing Crisis?

There are some rumours about the manufacturing issue. Yes, it was a Boeing plane, but it was not MAX, which is grounded globally over the safety concerns. It was a 737 Next Generation aircraft, which delivered directly to the airline just in 2016.

Although the NG program had had its own problems earlier and the recent crash could also add to the ongoing crisis, there is no evidence to link the events.

Boeing is well-aware of the tragedy and will assist in any way needed to help the investigation team in determining the cause.