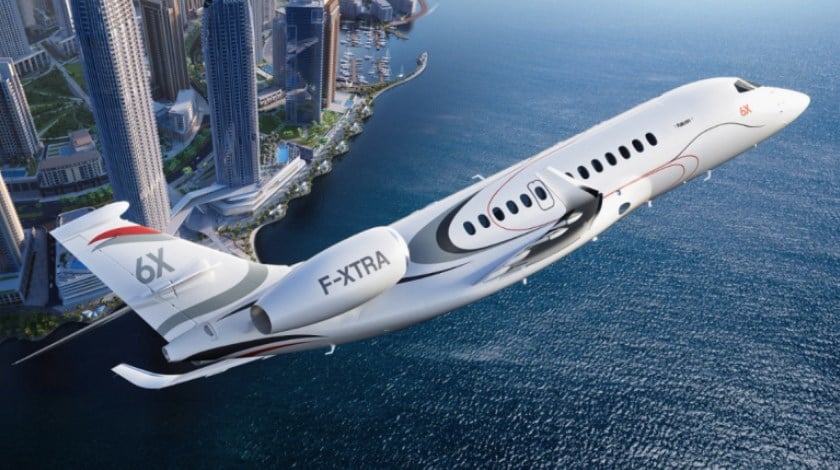 Dassault Aviation, the French aerospace company, has announced the launch of the new Falcon 6X luxury business jet, while also announcing that it has scrapped its Falcon 5X model, according to Reuters.

The Falcon 6X will have the same fuselage cross-section as the Falcon 5X but will instead be powered by two Pratt & Whitney PW800 engines. The Falcon 6X has a slightly longer range than that of the 5X – 5,500nm as opposed to 5,200nm, which equates to the jet being able to fly non-stop between New York and Moscow, San Francisco or Paris and Beijing, and London or Geneva and Los Angeles at a cruising speed of Mach 0.85.

The PurePower PW800 engines offer the highest efficiency, reliability and maintainability in the 10,000-20,000lb class and have accumulated over 20,000 hours of testing to date.

Originally, the Falcon 5X was going to be a direct competitor to the large-cabin Gulfstream jets, so it’s cancellation has come as a surprise. However, Dassault has struggled with timings on the release of this jet, in particular suffering a three-year delay in delivery of the Silvercrest engine from Safran, the world-leader in aircraft engines, headquartered in Courcoronnes, France.

This move will not have helped relations between the two companies who are joint partners in a number of key military projects, such as the Rafale twin-engine, canard delta wing, multirole fighter aircraft. This move by Dassault leaves Safran with only one customer for the Silvercrest engine, Textron’s Cessna Citation Hemisphere.

According to the U.S.-based General Aviation Manufacturers Association, sales of business jets halved from their peak of 1,317 in 2008 to 661 in 2016 as the financial crisis bit hard, but the market is now showing signs of recovering.