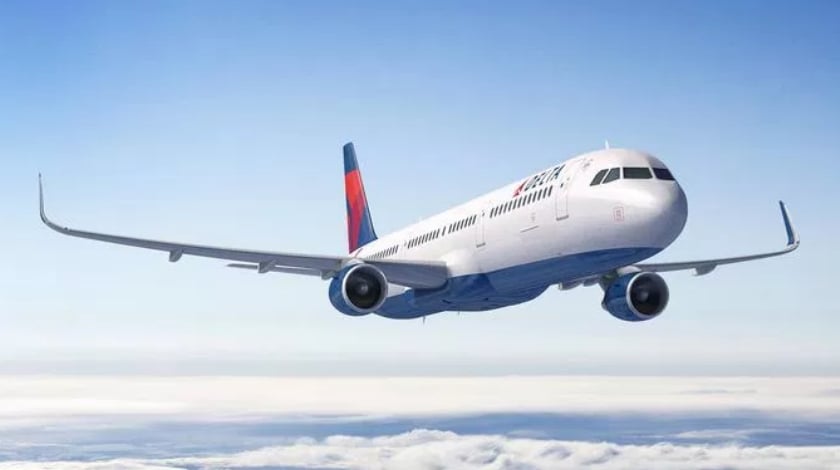 Atlanta, Georgia (U.S.) – based Delta Air Lines has placed an order for 37 A321ceo aircraft. This order follows previous Delta orders for the Current Engine Option version of the largest Airbus A320 Family member in 2013 and 2014. Delta took delivery of its first A321 in March 2016. Including that aircraft and today’s announcement, Delta has ordered a total of 82 A321s. Each will be powered by CFM56 engines from CFM International.

“The Airbus A320 family of aircraft continues to be a cost-efficient, reliable and customer-pleasing mainstay of our narrowbody fleet,” said Ed Bastian, Delta’s incoming chief executive. “The order for the A321s is an opportunistic fleet move that enables us to produce strong returns and cost-effectively accelerate the retirement of Delta’s 116 MD-88s in a capital efficient manner.“

“Delta is an industry leader in many ways, not the least of which is contributing to the trend toward larger, more fuel-efficient aircraft for their single-aisle fleet,” said John Leahy, Airbus Chief Operating Officer – Customers. “The A320 Family continues to be the backbone of every airline in the world that is paying attention to what their passengers want and their investors need. In 2015, nearly 40 percent of our A320 Family deliveries were A321s, up some 10 percent from the previous year. Our customers, like Delta, know where to find the best comfort, economy and reliability.”

All of Delta’s A321s will feature fuel-saving Sharklets – lightweight composite wingtip devices that offer up to 4 percent fuel-burn savings. This environmental benefit gives airlines the option of extending their range up to 100 nautical miles/185 kilometres or increasing payload capacity by some 1000 pounds/450 kilograms.

Many of Delta’s A321s will be delivered from the Airbus U.S. Manufacturing Facility in Mobile, Alabama. Aircraft assembly there began in July 2015, with the first aircraft, an A321ceo, being delivered April 25, 2016. By the end of 2017, the Mobile facility is expected to produce four aircraft per month, most going to Airbus’ U.S. customers.