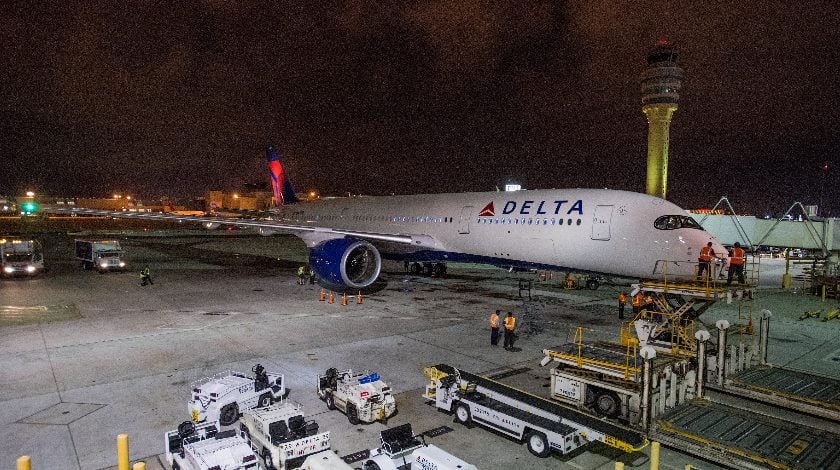 Last night, Delta Air Lines CEO, Ed Bastian, was interviewed by The Atlanta Journal-Constitution at the Delta 747 Farewell Event. During the meeting, he showed alarm and expressed irritation at the Atlanta Airport (ATL) for not being effectively fast on restoring the power.

Even though Delta announced operations are back to normal, Bastian said: “We will certainly be seeking the opportunity to have a conversation, and then seek reimbursement. I don’t know whose responsibility it is between the airport and Georgia Power, but we’re going to have conversations with both of them.”

As a result of the power outage, Bastian remarked the carrier may have lost $25 million to $50 million of revenue.

Moreover, it doesn’t include additional costs incurred by the carrier, which canceled over 1,400 flights and compensation of passengers that were affected by the outage.

“We have a lot of people at the start of the business week that didn’t take their trips,” he added.

Likewise, customers expressed its disappointment through social media against the airport for not having power backups nor contingency plans.

The City of Atlanta opened the Georgia International Convention Center as a shelter for the customers of several carriers. And Chick-fil-A also opened on a Sunday to feed them.

Delta’s headquarters and largest hub is placed at Hartsfield–Jackson Atlanta International Airport in Atlanta, Georgia, making them strongly dependent regarding its operations. It has over 1,038 daily departures from ATL to 224 destinations.