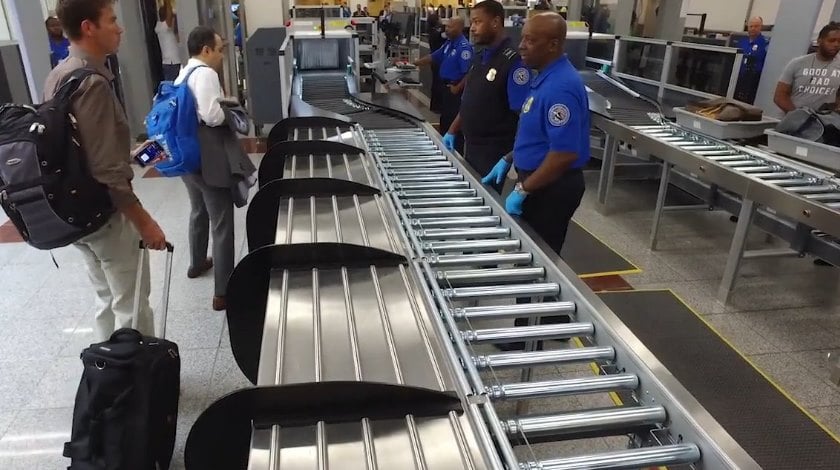 Delta Airlines wants to minimize the drudgery of airport security lines. On May 26, the company paid for and installed two “innovation lanes” that allow up to five passengers to prepare their carry-ons for security scanning at the same time.

The lanes, which are both in the Hartsfield-Jackson Atlanta International Airport, each feature five “divestment points” — designated spots where people can load their containers. Gil West, the company’s chief operating officer, says this extra prep space “should double the productivity of any given lane.”

The security protocol is still the same — laptops in one bin, shoes and clothes in another. But most of the current airport security conveyer belts only allow one traveler at a time to load their belongings into the plastic bins, which means a passenger who takes too long getting out their liquids or laptop can slow the entire line. Delta’s innovation lanes, on the other hand, allow for faster-moving passengers to move through security more quickly.

The “innovation lanes” also have a second conveyor belt beneath the primary one, which carries used containers back to passengers waiting in line, thereby eliminating the need for TSA employees to manually cart them back and forth.

Delta says it paid over $1 million to install the two new lanes — and that’s only in one airport. No word yet as to whether the company plans to bring similar lanes to other airports, but on behalf of all beleaguered travelers, we’re crossing fingers.