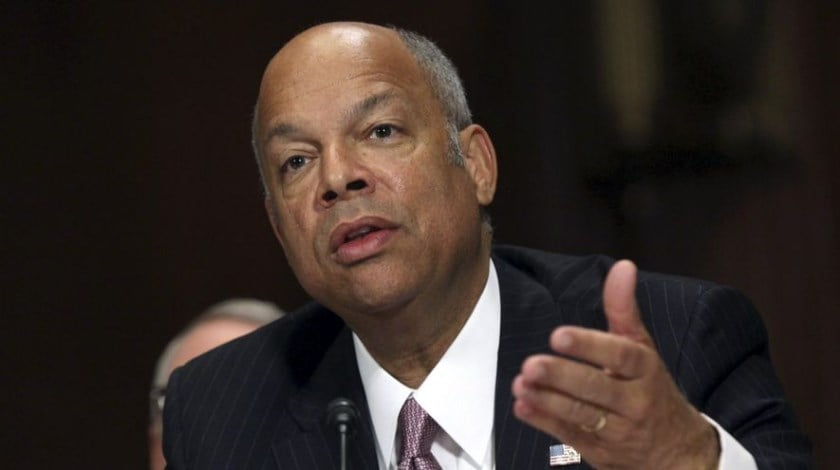 The US Department of Homeland Security (DHS) has put forward a plan to address increasingly long lines at security checkpoints at major US airports, but also is asking for patience from air travelers.

In front of a throng of television cameras at Washington Reagan National Airport (DCA), DHS secretary Jeh Johnson and Transportation Security Administration (TSA) head Peter Neffenger fielded tough questioning about wait times reported as long as three hours at some US airport security checkpoints. “We have developed an aggressive plan to deal with it,” Johnson said, citing the expedited hiring of more than 700 new airport security screeners by June 15, maximizing security screeners’ overtime, giving federal security directors at major airports more flexibility and asking airlines and airports to help with non-security functions such as moving bins used at checkpoints.

Johnson also promoted a marketing campaign to encourage passengers to sign up for TSA’s Pre-Check expedited screening program, noting that 10,000 people signed up on May 12, the highest single-day signup total ever. Johnson said he has written a letter to the 100 largest companies in the US, asking them to consider reimbursing employees for signing up for Pre-Check.

But at the same time, Johnson warned, “There will be wait times this summer. We encourage people to have the appropriate expectations when you arrive at airports.”

Johnson and Neffenger noted that damaging revelations from a 2015 DHS inspector general’s report, which detailed “red team” undercover inspectors repeatedly bringing banned items through passenger checkpoints at major US airports, caused them to make changes that—combined with increasing passenger numbers—have led to longer checkpoint lines. In particular, TSA eliminated managed inclusion, under which passengers not in the Pre-Check program were sent to Pre-Check lanes.

US Rep. John Mica (R-Florida), a longtime TSA critic in Congress, sat on the floor cross-legged next to photographers in front of the DCA podium where Johnson and Neffenger were speaking, and immediately jumped up and started talking to reporters when the officials departed. The congressman called the plan outlined by Johnson “a little bit late at the gate.”