DoT Recommends Delta to Fly Between MSP and Haneda 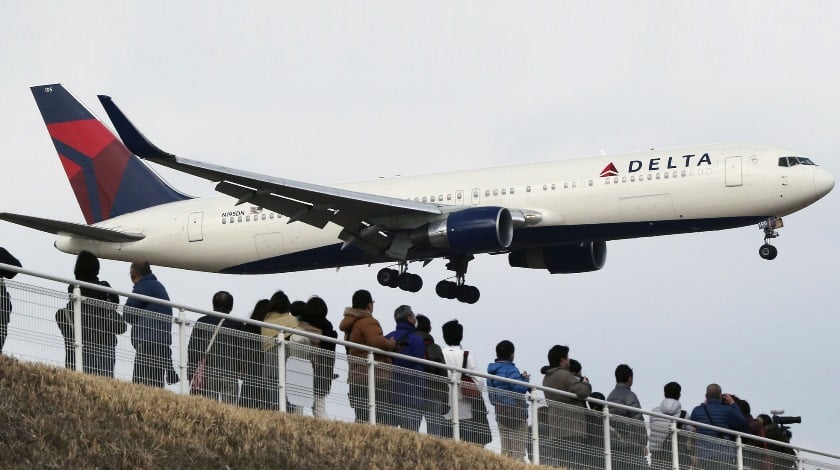 Reading Time: 2 minutes
The U.S. Department of Transportation recommended giving Delta Air Lines a route between Minneapolis-St.Paul International Airport and Tokyo’s close-in Haneda Airport just months after Minnesota politicians and business leaders created a dust-up over the issue.
Delta will have the option of adding service between MSP and Haneda, if the recommendation is adopted, which is expected to happen in the fall.

Delta currently flies from MSP to Tokyo’s Narita International Airport, which is farther out from Japan’s capital city.

In February, the U.S. and Japanese governments agreed to change aviation rules between the two nations by expanding service to Haneda, where U.S. airlines previously could only arrive at awkward, overnight times.

The agreement allowed for five daytime slots for U.S. airlines. Four of those were set aside for existing nighttime routes that could be transferred to daylight flying.

MSP and Delta won the only Haneda slot that was open for a new route. It had to beat out several other U.S. airlines, including a bid from American Airlines for a daytime flight from Dallas-Fort Worth International Airport.

It also said Hawaiian should be given a nighttime route to Haneda from Kona, Hawaii.

Delta officials and Minnesota politicians initially protested the loosening of Haneda flying rights over concern it would unravel the airline’s hub at Narita.

Given a choice between a convenient, centrally located airport and one that required up to two hours of driving, they argued that customers would abandon Delta’s Narita flights for its competitors’ Haneda routes.

Delta had hoped the DOT would either leave the agreement untouched, or fully open up Haneda to all U.S. airline flights into and out of Tokyo.

In a rare moment of agreement, the entire Minnesota delegation petitioned Transportation Secretary Anthony Foxx on behalf of Delta.

“We had every single person elected to Congress from Minnesota behind this,” said Sen. Amy Klobuchar.

“It’s not just about a few flights, it is about our economy.

We can’t always offer employers good weather, but we can offer them connections, a great education system and great infrastructure and having these flights is a part of that.”

When the DOT proceeded instead with its original plan of gradually adding a few daytime flights at Haneda, Delta decided to apply for three Haneda routes.

The only one it was not granted was a route to and from its home airport in Atlanta.

Minnesota Gov. Mark Dayton, who flew to Washington in February to advocate on Delta’s behalf regarding the new agreement with Japan, and Lt. Gov. Tina Smith both expressed pleasure with the announcement.

The airline said it was “thrilled” with the decision and hopeful the DOT will award the flight in its final decision in the fall following a comment period where others can contest the recommendations.

It’s unclear whether Delta will end its Narita flight from MSP and when the airline would begin the new service into Haneda.

“Delta teams are currently working to determine how the recent U.S.-Japan Haneda agreement and tentative awards could impact Delta’s network,” the company said.