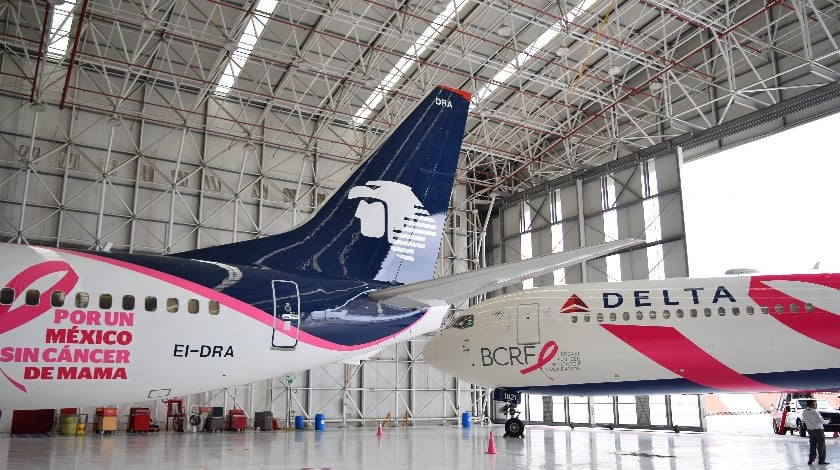 The Department of Transportation has tentatively approved an application by Delta and Aeromexico to jointly operate flights between the countries.

But approval would require the carriers to surrender a portion of departure and landing rights to low-cost competitors at capacity-restrained Kennedy Airport in New York and Benito Juarez International Airport in Mexico City.

If the application for antitrust immunity is finalized, the two carriers could work together to market, plan schedules and set fares on flights between the U.S. and Mexico, as well as on domestic and ongoing international connections in both countries.

In its tentative decision, the DOT said that overall the Delta-Aeromexico joint venture would bolster competition in the U.S.-Mexico market, where American and United are the dominant players.

American currently controls 22.5% of that market, followed by United at 20.2%. Aeromexico is third in the marketplace at 13.5% and Delta is fourth at 11.9%. Under the joint venture, Delta-Aeromexico would become the largest player, carrying 25.4% of U.S.-Mexico passengers.

However, the DOT also has concluded that an award of antitrust immunity would give the Delta-Aeromexico partnership too much control at Kennedy and Benito Juarez, where capacity restrictions have already served to block entry efforts by low-cost competitors.

All the slots would have to be turned over to low-cost carriers based in Mexico and the U.S.

Interested parties have until Nov. 30 to comment on the tentative DOT decision. The department will then review those comments before preparing a final decision.

Delta, which currently owns less than 5% of Aeromexico, is also seeking regulatory approval to acquire a total of 49% of the Mexican carrier.