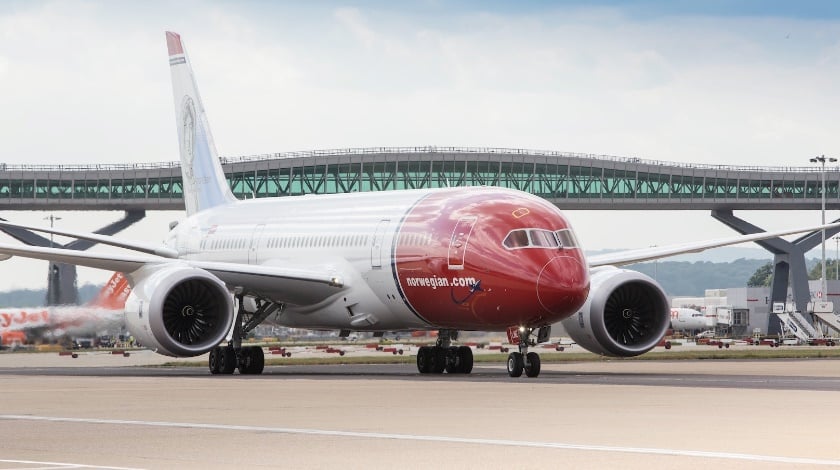 The US has tentatively granted low cost carrier (LCC) Norwegian UK a foreign air permit, saying it sees no persuasive basis to deny the application.

The tentative go-ahead from the US Department of Transportation (DOT) comes more than 18 months after Norwegian filed its application in December 2015. The application was met with considerable opposition from US major carriers and their union groups, including the Air Line Pilots Association. The labor groups object to Norwegian’s flight crew hiring processes.

But in its decision announced late July 14, DOT said that Norwegian had demonstrated it was financially and operationally fit to perform the services authorized; and found that the applicant was substantially owned and effectively controlled by citizens of the European Union (EU), meaning that the application is covered by the US-EU Open Skies agreement.

DOT states that the arguments put forth by Norwegian UK’s opponents were essentially the same as those made against Ireland-based Norwegian Air International (NAI), an affiliate LCC that waited almost three years for its permit to be granted.

“The Department has already thoroughly considered, and rejected, these arguments. We tentatively see no persuasive basis on the record of the present proceeding to reach a different conclusion here. We further tentatively find that, in light of the applicable decisional parameters, we have an adequate record for decision without the need for the applicant to provide any additional information regarding its business plan and labor practices,” DOT states.

The European Commission (EC) eventually threatened the US that it would seek arbitration over the long-delayed NAI application, which was then suddenly given full approval in the last days of the Obama administration.

Earlier this week, addressing the International Aviation Club in Washington, EC transport and mobility director general Henrik Hololei warned that the EC would once more turn to arbitration if the Norwegian UK application was not approved soon.