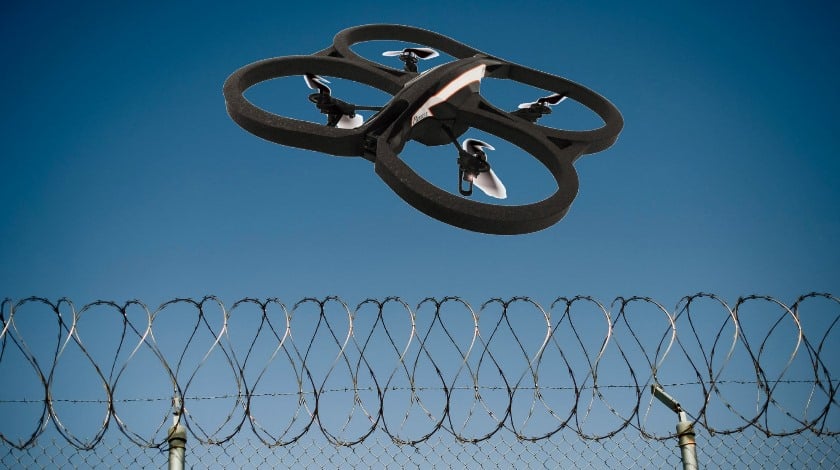 Legislation that would have clarified that it is illegal to use a drone to drop contraband into a prison just wouldn’t take flight Tuesday.

An amended House Bill 1020 would have applied to unlawfully operating a drone within 1,000 feet of a detention facility with the intent of introducing contraband, such as a weapon or drugs.

Rep. Paul Rosenthal, D-Denver, introduced the legislation after hearing stories from several other states, where drones were used to drop prohibited items into prison yards. He called it a public safety issue, pointing out that fights broke out in those yards as a result of the contraband deliveries.

But Rosenthal’s legislation did not stop at prisons. It also would have prohibited flying drones within five miles of an airport, an issue that sent the bill into a tailspin.

Rosenthal offered to amend the bill significantly, to only include the prisons portion.

“With the emergence of new technologies and methodologies, I just want to make sure the public is protected, and there are more tools in the toolbox for authorities,” Rosenthal said of the effort.

But even the proposed amendments would not appease opponents, who pointed out that prohibiting drone flights within 1,000 feet of a prison could prevent photographers and videographers from accessing areas that are otherwise legal to capture.

Critics worried about the definition of “contraband,” which could have included items that are legal to possess outside of prison, including cellphones. A drone operator unintentionally flying a drone over a prison with a cellphone on board could have been construed as breaking the law, they worried.

Another concern revolved around the definition of a detention facility, which in some instances could include a police vehicle transporting a prisoner. Simply flying a drone over a sheriff’s car could have been considered illegal.

Some also questioned the need for the legislation in the first place, pointing out that it is already a crime to introduce contraband into a prison.

Given the seemingly endless concerns, Rosenthal simply decided to spike his own legislation, asking the House Judiciary Committee to kill the bill, which the committee agreed to do.

The crashed legislation marked the third failed attempt by the Legislature in recent years to place limits on private drones.