Drone Sightings Up As Agencies Push For More Education 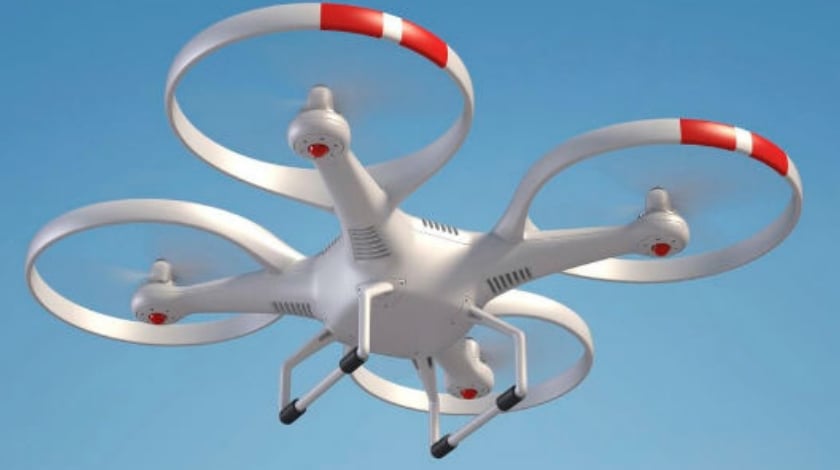 In conjunction with releasing the report, the FAA reiterated its work to reduce UAS hazards to manned flight through education and enforcement.

Between last August and the end of January 2016, nearly 600 unmanned aircraft systems (UAS) were reported in the vicinity of airports and aircraft, according to the Federal Aviation Administration’s (FAA’s) latest UAS sightings report. This represents an average of 105 reported sightings a month, up 20 percent from monthly averages in the FAA’s August 2015 report.

“Reports of unmanned aircraft have increased dramatically since 2014,” the FAA stated in a release issued with the report. “Safely integrating unmanned aircraft into the national airspace system is one of the FAA’s top priorities, and the agency wants to send a clear message that operating drones around airplanes and helicopters is dangerous and illegal.”

Commercial airline, general, business aviation, and helicopter pilots reported the majority of the sightings over the radio with FAA controllers, while a handful were called in by law enforcement and private citizens.

Of the 582 sightings, several involved helicopters, including some close calls. In one, an emergency medical services (EMS) helicopter in Charleston, West Virginia., said it encountered two drones at 1,700 feet, both of which came within 100 yards of the helicopter. The pilot reported it as a “near mid-air.“

In another instance, a helicopter reported passing a UAS at 1,200 feet, about 10 to 20 feet off the helicopter’s right side, six miles south of Islip, New York.

In Kauai, Hawaii, a UAS was reported to have passed within 200 feet of an MD 500 helicopter performing a tour at 1,000 feet inside the Class D Lihue airspace. In a more unusual sighting, an EMS pilot in Oklahoma City, Oklahoma, flying at 2,000 feet reported seeing a large drone or “someone using a jetpack” 200 feet above the helicopter and ¼ mile away.

Three miles west of Miami Executive Airport in Florida, a Robinson R44 took evasive action to avoid a drone at 300 feet altitude that passed within 150 feet of the helicopter. In St. Louis, Missouri, an EMS helicopter took an evasive 60-degree bank to avoid a UAS at 1,400 feet and less than 100 feet from the helicopter.

Another helicopter took evasive action to avoid a drone at 1,000 feet 1.5 miles west of Concord, California’s airport as the UAS passed between five and 15 feet from the aircraft. And in Los Angeles, while transitioning LAX Class B airspace, a helicopter pilot reported a drone hovering at 1,300 feet above Sepulveda Boulevard in a published helicopter transition route.

In most of these instances, the UAS were outside FAA-prescribed unmanned operations. Commercial drone operators must apply for and receive an FAA Section 333 exemption to operate, and are then limited to 400 feet altitude, must register their aircraft and must follow all FAA regulations, including airspace restrictions.

On the other hand, hobby drone operators (those not receiving compensation related to flying the vehicle) of aircraft under 55 pounds are only required to register their aircraft, operate within the safety parameters of a hobby organization, observe temporary flight restrictions and closed airspace, and fly in a way that does not endanger aircraft or people. They are strongly encouraged to follow other safety recommendations including flying below 400 feet, keeping the aircraft in sight, not flying within five miles of an airport unless contact with the tower is made, and not flying near people or stadiums.

However, the FAA and law enforcement can pursue penalties if it is determined the aircraft is not registered or it endangered people or aircraft, which includes endangering an aircraft and flying into airspace restrictions such as those placed around wildfires, stadiums and high security areas.

In conjunction with releasing the report, the FAA reiterated its work to reduce UAS hazards to manned flight through education and enforcement.

“We have a number of educational initiatives with our government and industry partners to teach drone operators how to fly safely,” said FAA administrator Michael Huerta. “But enforcement goes hand-in-hand with education, and we will take action against anyone who operates irresponsibly to the full extent of the law.”

With fire season ramping up again, the FAA is working with the National Interagency Fire Center on public service announcements to increase awareness of flight restrictions around fires. If a drone is sighted at a fire, air assets fighting the fire will be grounded, risking life, property and natural resources. UAS operators have been and will continue to be publicly convicted in these instances.

The FAA has also partnered with the Association for Unmanned Vehicle Systems International and the Academy of Model Aeronautics (AMA) to develop and aggressively promote the “Know Before You Fly” campaign to educate UAS operators on the rules and responsibilities of safe drone operations.

As a part of this partnership, the AMA has worked with many drone manufacturers, distributors and hobby stores to include “Know Before You Fly” information in the packaging of popular drone models and has recently launched a pilot training program with Best Buy, a large technology retailer that sells several models of UAS.

“The pilot program includes information to educate the sales staff and consumers, as well as include an AMA membership with every purchase,” said Rich Hanson, AMA’s government and regulatory affairs representative. “In order to operate as a hobby operator, you need to be operating within a hobby organization’s rules. We read that to say they need to be a member of a club. AMA membership meets that requirement, and has a lot of added benefits – TFR alerts, safety updates, safety information about UAS components, and every membership includes liability insurance.”

Hanson says the AMA is working to expand this program to more big box retailers and has also begun working with regional modeling clubs to host open houses, where UAS operators and the public can come and learn about UAS, the rules, and how to safely operate the aircraft.

“Because of all the onboard systems, it’s so easy to open the box, charge it up and go,” Hanson said. “We really encourage people to attend these open houses to learn that even if you have all the stabilization onboard, you need to know how to take manual control. So many of the dangerous issues we hear about are the result of failures of those onboard systems causing the operator to lose control of the aircraft.”