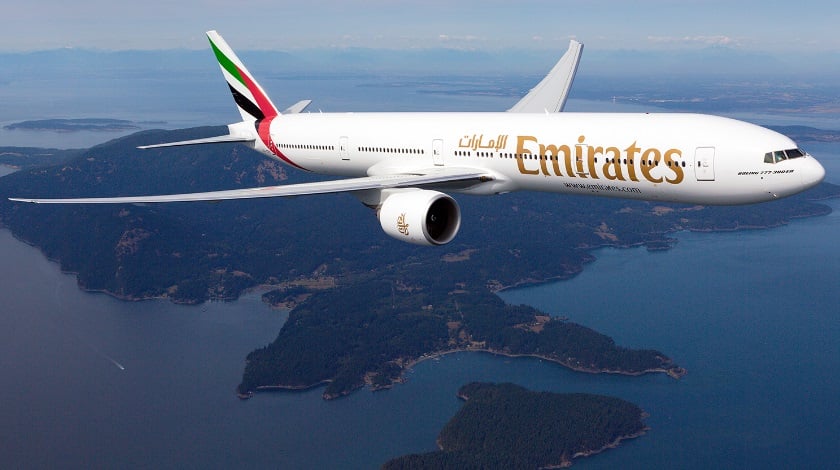 The United Arab Emirates (UAE) has provided Emirates with a right to resume some of its passenger flights beginning 6 April, 2020.

Since 25 March the airline had its aircraft grounded amid the UAE government decision to suspend all passenger flights in an attempt to combat the spread of the coronavirus.

Now, the authorities has announced that the carrier can resume a limited number of its passenger flights, which will be mainly operated out of the UAE.

Emirates has received approval from UAE authorities to start flying a limited number of passenger flights. From 06 April, these flights will initially carry travellers outbound from the UAE. Details will be announced soon. 1/2 pic.twitter.com/fnhLxQanIM

“Over time, Emirates looks forward to the gradual resumption of passenger services in line with lifting of travel and operational restrictions, including assurance of health measures to safeguard our people and customers.

More information on the re-launched flights will be revealed soon. The official website of the airline, therefore, has not provided any information yet.

Dubai to Inject Funding into Emirates to Help Survive the Crisis

This week IATA has released the analysis estimating that airlines may collectively burn through $61 billion of their cash reserves during the second quarter of 2020, where quarterly net loss could result in $39 billion.

For this reason, IATA actively encourages governments to support their airlines to have the industry ready when the crisis begins to step aside. Dubai, in turn, is one of the best examples.

The government of Dubai has said it will support Emirates to go through the crisis and “reach its goal of sitting on the throne of global aviation”.

Today, we renew our commitment to support a success story that started in the mid-1980s to reach its goal of sitting on the throne of global aviation. The Government of Dubai is committed to fully supporting @Emirates at this critical time & will inject equity into the company. pic.twitter.com/3cabmUDOVD