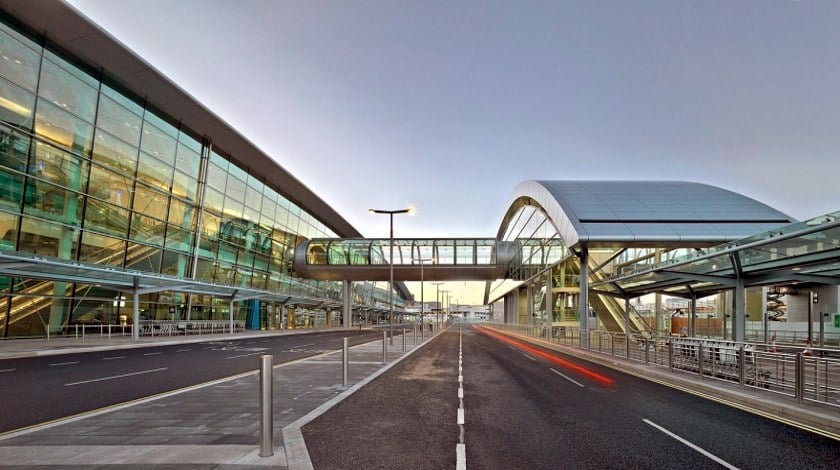 Dublin Airport had its busiest ever year in 2015, as a record 25 million passengers travelled through the airport during the past 12 months.

Passenger numbers increased by 15% last year with an additional 3.3 million people using Dublin Airport during 2015. The expansion was fuelled by 22 new routes and extra capacity on almost 40 existing services.

To cope with growing passenger numbers, daa is midway through hiring about 350 new staff in areas such as security, customer service and asset management.

The growth in passenger numbers is expected to continue into 2016, as 11 new scheduled services have already been announced for this year, including new direct transatlantic services to Hartford Connecticut, Los Angeles, Newark and Vancouver. There are also new long-haul charter services to Cancun in Mexico and Montego Bay in Jamaica.

The Minister for Transport, Tourism and Sport, Paschal Donohoe TD, welcomed the record-breaking traffic at Dublin Airport and the new jobs that are being delivered due to the growth in passenger numbers.

“Connectivity is vital for our island economy and the impact of these additional passengers and new routes at Dublin Airport will be felt right across the country. I welcome the 350 new jobs being announced here today and look forward to continued growth in passenger numbers and employment at Dublin Airport in the years ahead.

“Extra inbound passengers at Dublin Airport helped to bring record numbers of tourists to Ireland last year, and the opportunities offered to business by new routes from Dublin and additional choice on existing services similarly helped to boost trade and foreign direct investment, all of which are assisting our economic recovery,” Minister Donohoe said.

“Dublin Airport had a fantastic year of passenger growth in 2015, which is good news for the Irish economy, for tourism, and for job creation, both at the airport and in the wider economy,” according to daa Chief Executive Kevin Toland.

“daa is hiring 350 additional staff as a direct result of this growth in passengers at Dublin Airport,” according to Mr Toland. “We recruited about 170 new people last year and a further new 180 staff will be hired during 2016,” he added.

“These additional staff are mainly in customer-facing areas, as we work to ensure that Dublin Airport continues to offer an excellent and efficient product to our passengers and airline customers as traffic increases,” Mr Toland said.

Dublin Airport is also continuing to invest in upgrading its facilities. Improvements are being made to the departures and arrivals areas and security screening within Terminal 1 and an award-winning new retail and food and beverage area opened in T1 last year. Ten new aircraft parking stands will be completed before the summer, and an extension to the Terminal 2 multi-storey car park has been added to meet increased customer demand.

“We are constantly investing in the airfield and the passenger facilities to allow our customers to operate as efficiently as possible, and to provide a quality travel experience to the travelling public,” according to Mr Toland.

Dublin Airport is also currently evaluating plans for the development of a new runway, which will be an essential enabler for the Irish economy for many decades to come. A second parallel runway has been part of the Dublin Airport local area plan since the 1970s. Planning permission for a new runway was granted in 2007, but the project was put on hold due to the economic downturn.

Due to the significant growth in traffic, new records were set at Dublin Airport last year for overall passenger numbers, and for European traffic, British traffic, transatlantic traffic, and traffic to other international destinations. Dublin Airport also set new records for transfer traffic, as a growing number of passengers are choosing Dublin as their transatlantic hub, and for the number of passengers availing of the US preclearance facility in Terminal 2.

Long-haul traffic, which comprises passengers taking flights to North America, the Middle East and Africa increased by 19% last year, while short-haul traffic was up by 15%.

Passenger traffic to and from continental Europe, which is Dublin Airport’s largest market segment, increased by 15% last year to almost 12.8 million, which was a new record, thanks to new routes and extra capacity on existing services. A record 8.9 million people travelled between Dublin and Britain by air in 2015, which was a 14% increase on the previous year

More than one million passengers transferred or transited through Dublin Airport last year, which was also a new record. Transfer passenger numbers increased by 27% as Dublin Airport continued to become a significant hub for transatlantic transfers.

Between 2010 and 2015, transatlantic passenger numbers have increased by 66% at Dublin Airport and 15 new transatlantic services have been added.

More than one million passengers availed of the US preclearance facilities at Dublin Airport during the year, which was also a new record. Dublin Airport is currently the only major airport in Europe to offer US Pre-Clearance, and this service is hugely convenient for US-bound passengers, according to Mr Harrison.

Dublin Airport supports or facilitates a total of 97,400 jobs in the Irish economy and contributed €6.9 billion to the national economy, a major study by economic consultants InterVISTAS has found. The overall impact includes almost 16,000 people employed directly at the airport campus by daa, airlines and other companies, the multiplier effects that flow from that employment, and the other sectors of the Irish economy that are facilitated by Dublin Airport.