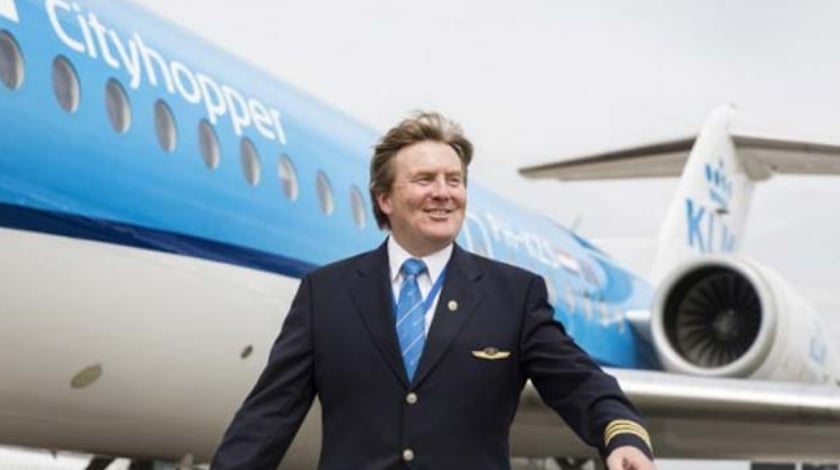 Dutch King Willem-Alexander has revealed he has been a co-pilot on a commercial airliner for the past two decades.

The king, who acceded to the throne in 2013, told De Telegraaf daily newspaper he has flown as a co-pilot twice a month for Dutch carrier KLM for the past 21 years.

The airline is currently phasing out the smaller Fokker plane used on short-haul flights, a policy which would have made it difficult for him to continue flying.

“I find flying simply fantastic,” King Willem-Alexander told the paper in an interview. “I really wanted to continue as a guest pilot for KLM and therefore it could actually only be on a plane such as the 737… which means short trips.

“Any bigger aircraft than this (737) always means staying overnight, meaning I cannot get back in time to The Netherlands in case of an emergency.”

The Dutch royal told De Telegraaf his conversion training would start at the end of the month.

Passengers, however, will continue to have no idea that there is a member of the royal family in the cockpit.

The king’s presence is never announced.

“The advantage is that I can always say that I warmly welcome passengers on behalf of the captain and crew,” he said. “Then I don’t have to give my name.”