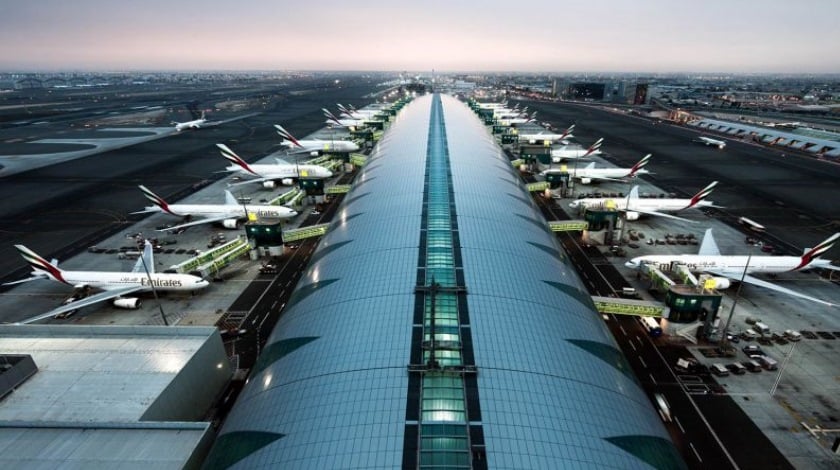 Dubai International’s (DXB) passenger traffic reached a record 40.5 million passengers in the first half of 2016 according to the traffic report issued by operator Dubai Airports.

Owing to the impact of the Islamic holy month of Ramadan on travel patterns during an already traditionally slow month, traffic in June dipped 1 per cent to 5,857,503, compared to 5,914,671 recorded during June 2015.

“We’ve had a record first half and the second half is underway with what could be a banner month thanks to the start of the holiday season in July and the week-long break for the Islamic festival of Eid Al Fitr,” said Paul Griffiths, CEO of Dubai Airports.
“In July we have seen very high volumes, particularly in connecting traffic as vacationers increasingly choose Dubai as an intercontinental hub as well as being a popular destination in itself. We deployed additional staff at touchpoints across the airport and launched the [email protected] campaign to reach out to travellers, keeping them informed of the latest DXB, and travel tips to make their journey easier,” he added.

Analyst Saj Ahmad commented: “Despite the expected demand impact from Ramadan and the traditional decline in traffic during the hottest months in the UAE, Dubai International still managed to report over 40m passengers handled for the first half of 2016, almost 6% higher than a year ago.

“Dubai International is well on the way to achieving another record breaking year and will cement its place as the world’s busiest airport for yet another year and expand its lead over rivals.

“The continued expansion of Emirates this year, upgrading capacity on key European routes with the A380 and relaunching other sectors like Conakry underscores the strength of its unique organic expansion strategy. At the other end of the market, flydubai has also stayed undeterred from its growth policy and demand growth in high yield markets like Saudi Arabia and Russia has allowed them to maintain preference for cost-conscious passengers.”

Ahmad added: “Cargo too has bucked the trend in Dubai – Emirates has been a major driving force in battling sea freight shipments thanks in large part to the success of its SkyCargo operations and the readily available capacity uplift via its massive fleet of 777-300ERs that has allowed it to compete more aggressively on price. Having said that, with global air cargo traffic still far off from sustaining a meaningful recovery, Dubai’s favoured position and proximity to Jebel Ali’s shipping network has allowed better overlap and connections for transhipments versus other international airports.

“The second half of 2016 aims to help Dubai International maintain its strength as the favoured connection point for international traffic. Going forward, the emphasis on developing Al Maktoum International at a faster rate has to now be a priority given the swathe of demand and traffic coming into the city.”