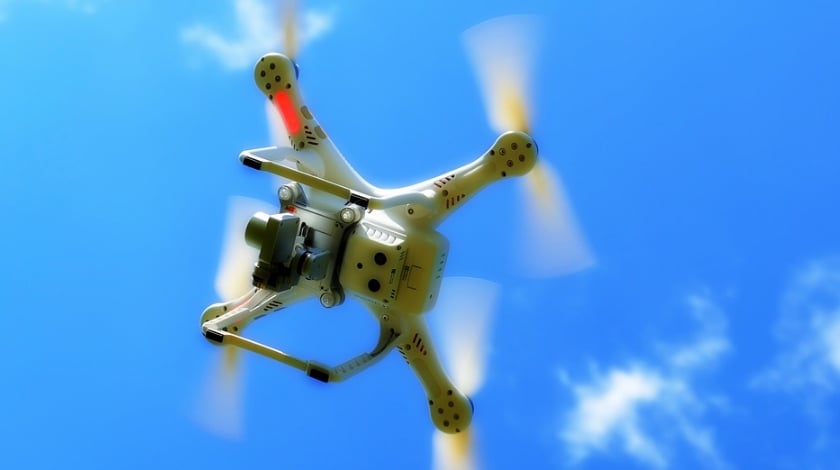 The European Aviation Safety Agency (EASA) published the first formal Opinion on safe operations for small drones in Europe. This formal Opinion is an important stepping-stone to keep drone operations safe and secure and build a wider regulatory framework.

“This regulation will enable the free circulation of drones and a level playing field within the European Union, while also respecting the privacy and security of EU citizens, and allowing the drone industry to remain agile, to innovate and continue to grow”.

The EASA Opinion comes up with an innovative way of regulating, where the rules are kept as simple as possible with a strong focus on the particular risk of the operation: flying the same drone over a city center or over the sea entails a completely different risk.

The Opinion also breaks new ground by combining product legislation and aviation legislation: design requirements for small drones (up to 25kg) will be implemented by using the well-known CE (“Conformité Européenne”) marking for products brought on the market in Europe. The operator will find in each drone package a consumer information with the “do’s and don’ts” on how to fly a drone without endangering other people.

The Opinion allows a high degree of flexibility for the EASA Member States. They will be able to define zones where drone operations will be either prohibited or restricted (for example, to protect sensitive areas) or where certain requirements are alleviated (for example, areas dedicated to model aircraft).

EASA will develop standard scenarios that will make it simpler to obtain authorisations for well‑defined operations (such as, for example, linear inspections conducted in BVLOS, or crop spraying). The proposal also recognizes the good safety records of model flying clubs and associations and it provides special alleviations for members of those clubs and associations.

This Opinion follows a preceding consultation document (Notice of Proposed Amendment – published by EASA in May 2017), and it takes into account thousands of comments received from private citizens, industry, operators and national authorities during the four-month public consultation period.

A detailed impact assessment supported the initial consultation document. The Opinion includes, for information draft Acceptable Means of Compliance and Guidance Material which will help operators to comply with the rules.