EasyJet HQ Could be Relocated from Luton After Brexit Vote, CEO Warns 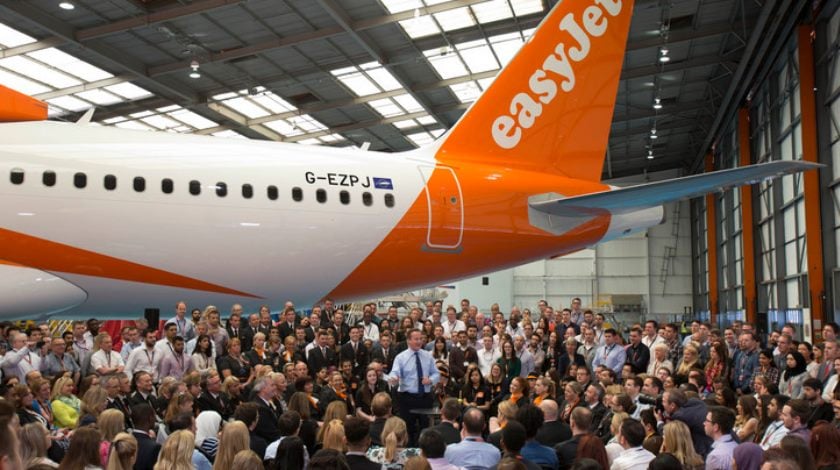 The low-cost airline’s Carolyn McCall said a decision on relocating the HQ from Luton – where 56% of voters elected to leave the EU – “remains to be seen”.

Easyjet’s CEO has said the airline giant could relocate its HQ from Luton following the Brexit vote.

Carolyn McCall told Channel 4 presenter Matt Frei the company had to “think of all the scenarios” after Britain voted to leave the EU – which included 56% of voters in Luton.

Speaking on the programme tonight she said that although nothing “has fundamentally changed” the low-cost airline “had obviously panned for the worst”.

When asked about whether the firm’s Luton HQ could relocate to Dublin or Frankfurt she replied: “We have to think of all the scenarios.”

She continued: “That remains to be seen. What I have said is that Luton is a massive base for us and we wouldn’t be moving lock, stock and barrel from Luton, so at the moment we know that Luton will remain Luton in terms of large numbers of people.”

When asked about the firm’s reaction to Brexit , she said: “It was a seismic political shock and that’s what the financial markets reacted to because they weren’t expecting it.”

“Nothing has fundamentally changed. We are still in the EU. That’s number one.”

“Nothing changes for quite a long time actually,” the CEO added.

“Secondly we will always be able to do that because if we can’t stay in the single EU market for aviation which I think all airlines in Europe want to stay in then we will have an EU AOC which is an entity in the EU which would give us those flying rights.”

She then urged politicians to provide “some certainty and some clarity very quickly” to “bring about economic stability.“