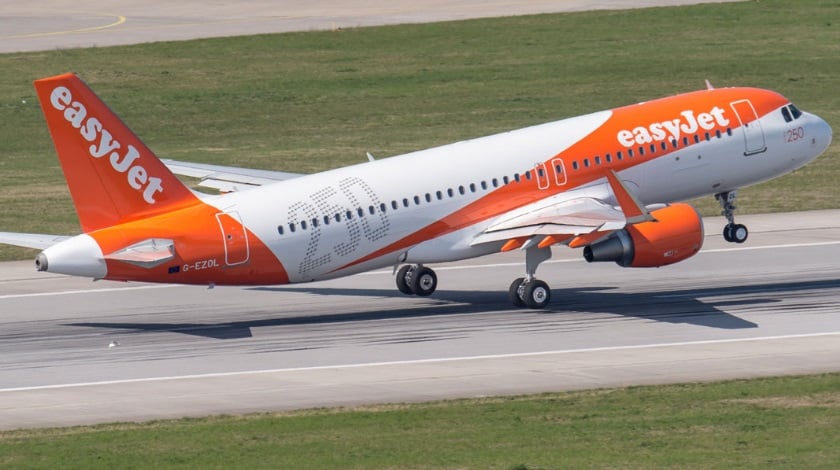 Aircraft scheduled to arrive and leave its fleet over the winter months.

UK LCC easyJet is bracing for a busy winter, transitioning aircraft to its Austrian air operator’s certificate (AOC), growing its A320neo fleet and phasing out 30 of its Airbus A319s.

“We took our first A320neo in June, we’re now operating two and we have two more coming soon, followed by another 24 next year,” easyJet head of engineering Gary Smith said, speaking at MRO Europe in London.

The airline’s first two A321neos will arrive in July 2019, followed by another two each month in August and September. By 2022, easyJet will operate a fleet of 360-370 aircraft, with A320neo-family aircraft making up about 26% of the total. However, a large number of ceos will still remain in service.

“There’s still a lot of growth coming in that we’ve got to cope with,” he said.

With the fleet roll-over, the airline’s engineering department will have to prepare a large number of aircraft to be returned to their lessors. EasyJet used to hand back its aircraft after eight years in service, but they are now being kept longer to cope with growth while waiting on new aircraft deliveries. Some of easyJet’s aircraft are now up to 14 years’ old.

“We haven’t redelivered that many A319s [to the lessors]. We will start redelivering more this year; we have a big program of [30 A319] redeliveries this winter,” he said. Smith declined to comment on when the A319s are likely to be phased out of the fleet.

EasyJet reconfigured 49 aircraft in a new Spaceflex configuration in winter 2016-17, increasing them from 180 to 186 seats by rearranging the lavatory and galley at the rear of the aircraft. This was the first time work like this has been handled by the airline, but Smith said the “fairly aggressive” program came in on time and under budget.

This winter, alongside the aircraft redelivery program, easyJet will start a huge base maintenance program and begin putting aircraft on its Austrian AOC. This means the remaining 56 aircraft reconfigurations will be done in winter 2018-19. “In terms of balancing the work load, we are very busy. There’s a reasonable balance, but it’s a lot to undertake,” Smith said.

He added that easyJet brought in a Beechcraft King Air two years ago as a maintenance support aircraft for ferrying engineers and parts around the network to minimize technical disruptions. This year easyJet added a second aircraft – a Citation jet – which is based in Milan Malpensa.

“We are looking for the best long-term solution,” he said, trialing prop versus jet operations and the best base location for the support aircraft.

EasyJet recently partnered with Lufthansa Technik on a new maintenance hangar at London Gatwick, which opened in May 2016, and is now looking quite closely at what to outsource or keep in house.

“Pre-2010, we outsourced everything, but we very quickly realized we needed to build up intelligence in-house, so we have steadily done that and have a very good Part M operation which is fully functional now,” easyJet head of fleet technical management Swaran Sidhu said.

The Luton-headquartered airline has been working on a number of maintenance innovations, ranging from ash detection technologies, drone-based inspections, software to cut the cost of fan blade replacements and predictive maintenance through Airbus’ new Skywise product. Sidhu said Skywise has already been “very beneficial” to the business.

The airline is also rolling out an electronic sign off for maintenance documentation, called e-sign.

“We are working with the authorities and giving them confidence of how to work with this. The idea is to go totally paperless; with this we have got rid of 80% of our paper. We have a bit more work to do to, refining the system, but we are working with it and it is working very well,” Sidhu said.

“It makes engineers follow processes step by step, because they can’t move to the next task without certifying a task as complete, so builds in good human-factors safety.”

Maintenance makes up around 6% of easyJet’s costs, or around £237 million of the total.