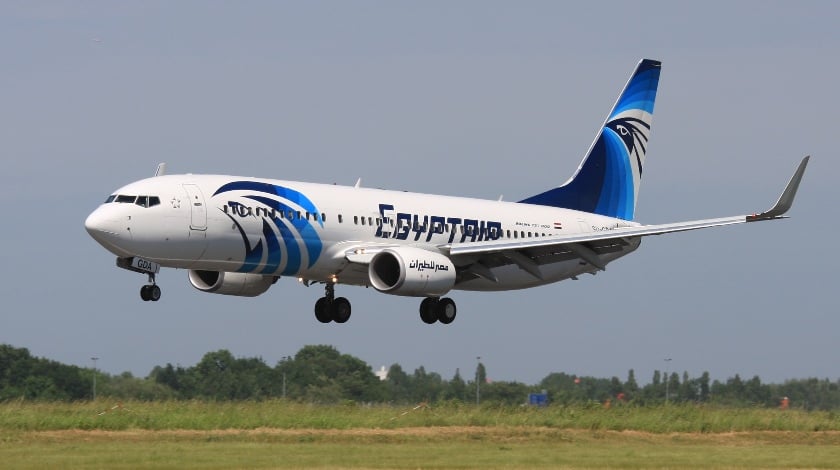 EgyptAir has received its ninth and final Boeing 737-800NGs on a lease deal from Dubai Aerospace Enterprise (DAE) and valued at $864 million. All nine were handed over during in the course of the past year.

Capt Sherif Ezzat, chairman and CEO of EgyptAir Airlines said the new addition would seat up to 154 passengers divided into 16 seats for business cabin and 138 for the economy class.

He said that for the first time, the aircraft will feature the Audio/Video on Demand System (AVOD), a refreshed interior and the signature elements of Boeing’s innovative Sky Interior with modern sculpted sidewalls and window reveals, larger pivoting overhead stowage bins and LED lighting that enhances the sense of spaciousness.

“The design offers larger, pivoting overhead stowage bins that add to the openness of the cabin. The bins give more passengers room to store a carry-on roll-aboard near their own seat, adding both extra convenience and extra legroom that reaches 48 inches. The business class cabin is also provided by electricity outlets for recharging, personal computers (PCs), and cellular, this is in addition to the personal in-flight entertaining system that offers our customers a variety of recent documentary and newly released movies, as well as radio channels,” Ezzat said

Safwat Musallam, chairman and CEO of EgyptAir Holding Company said: “This aircraft is the fleet’s 69th aircraft and No. 29 of this type considered one of the best-selling in the Boeing 737 Next Generation,” He congratulated Boeing and DAE for the completion of the deal on time.