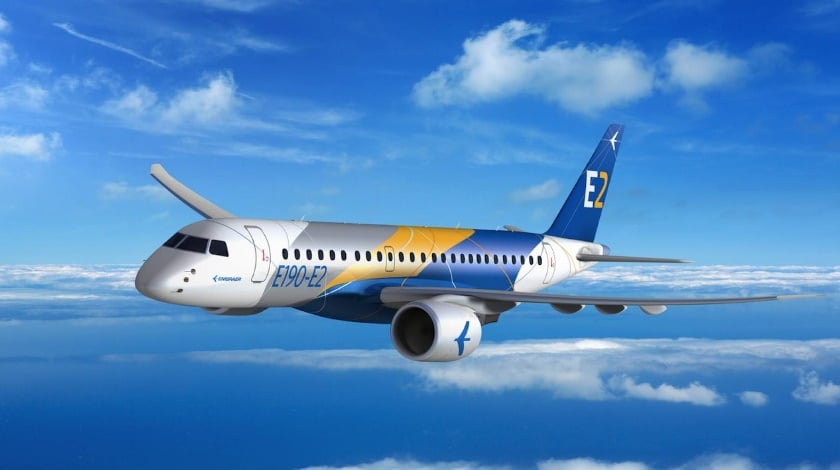 It is the first time that an aircraft program with the level of complexity of the E2 receives a type certificate from three major worldwide certification authorities simultaneously.

It took just 56 months from program launch until the E190-E2 was certified. The E190-E2 features new ultra-high bypass ratio engines and a completely new wing and landing gear. Compared to the first-generation E190, 75% of the aircraft systems are new.

“Having had the pleasure of launching the E-Jets E2 family back in 2013, it is very emotional for me to see the E190-E2 reach Type Certificate today, on schedule and on budget. Our development teams have once again excelled in their creativity, dedication and competence! Not only all development targets were met, but several important ones like fuel burn, performance, noise and maintenance costs came in better than originally specified,” said Paulo Cesar de Souza e Silva, Embraer President & CEO.

“I want to congratulate all the teams involved in the program, everyone at Embraer played a part in this tremendous achievement, bringing to the market the best and most efficient single-aisle aircraft in the world. The E190-E2, alongside with the Legacy 450, Legacy 500 and, soon, the KC-390, positions Embraer as one of the top aerospace companies in the world.”

The flight test program comprised four prototype aircraft which were subjected to rigorous testing. The E190-E2 test fleet completed over 2,000 flight hours. Some 45,000 hours of tests were conducted in laboratories with rigs for aircraft avionics, flight controls, and electrical, hydraulic, and environmental systems.

“Today’s certification of the E190-E2 marks a pivotal milestone in the program. It’s reasonable to now anticipate an acceleration of commercial discussions with operators around the globe” said John Slattery, President & CEO, Embraer Commercial Aviation. “Today, many of the campaigns involving the E190-E2 and it’s bigger sibling the E195-E2 are with new operators for Embraer – and that’s very encouraging as we continue our trajectory towards 100 E-Jets operators around the world.”