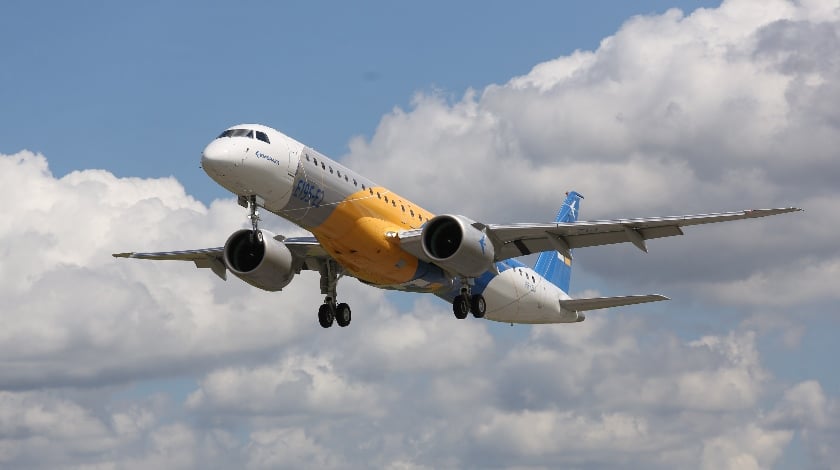 The E195-E2 is the biggest of the three members of the E-Jets E2 family of commercial airplanes and the largest commercial aircraft Embraer has ever made.

“This is another great achievement from our engineering and program teams. They’ve built, and now have certification for, the most efficient single-aisle jet on the market. And they’ve done it again right on schedule and exceeding specification.”

“Our flight tests confirmed that the aircraft is better than its original specification. Fuel consumption is 1.4% lower than expected – that’s 25.4% less fuel per seat compared to the current-generation E195. Maintenance costs are 20% lower,” said John Slattery, President & CEO, Embraer Commercial Aviation. “There’s no question that airlines are going to love this airplane’s economics. The E195-E2 is the ideal aircraft for growing regional business and complementing existing low-cost and mainline fleets.”

The E195-E2 will enter service in the second half of 2019 with Azul Linhas Aéreas Brasileiras S.A. Binter Canarias, of Spain, will also receive its first E195-E2 in 2019. Embraer used two prototype aircraft in the E195-E2 certification campaign, one for aerodynamic and performance tests, the other for the interior and validation of maintenance tasks.