Embraer to Partner with Uber for Electric VTOL Taxis 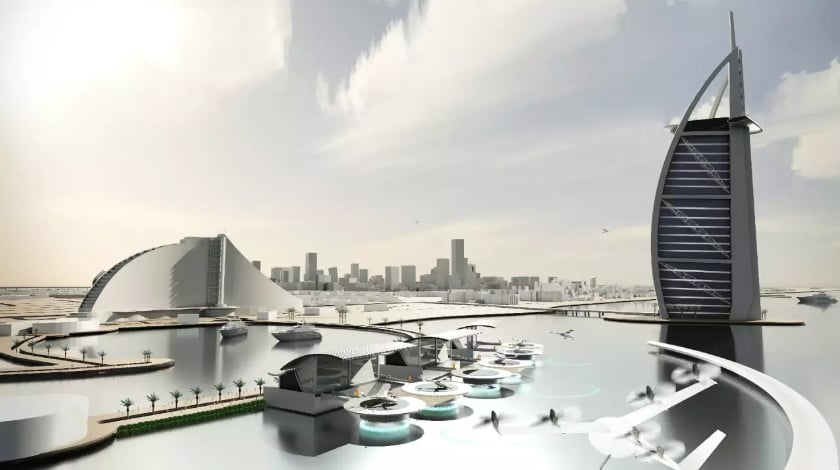 Embraer announced an agreement with Uber to explore the concept of an ecosystem—dubbed Uber Elevate Network—that will allow the potential development and deployment of small electric vertical take-off and landing vehicles (VTOLs) for short urban commutes. The announcement was made in Dallas, Texas, in the opening session of the Uber Elevate Summit.

This preliminary partnership is a project generated by the Embraer Business Innovation Center, the new initiative based in Melbourne, Florida, with outposts in Silicon Valley and Boston, which was announced last month when the company revealed its intent to promote air transportation innovations.

“We firmly believe we need to explore several new business concepts that may impact air transportation in the future.”

“This is a unique opportunity to complement the air transport knowledge of a visionary and revolutionary ground transport company. On exercising this partnership, we will be developing new technologies, new products and new business models which could generate opportunities for Embraer in the future,” said Paulo Cesar de Souza e Silva, Embraer’s CEO.

“We share the vision that the state of transportation in congested cities is ripe for innovative solutions, such as on-demand aviation. Embraer’s leadership roles in commercial and business aviation were attained through the introduction of disruptive aircraft and services, and we are confident that our DNA will add value to new concepts in urban transportation as well,” said Antonio Campello, Vice President for Corporate Innovation.

“Embraer is the leading manufacturer of commercial jets up to 130 seats and one of Uber’s most experienced partners in this space. Their knowledge of certifying fly-by-wire aircraft, and their confidence that they can similarly bring fly-by-wire technology affordably to these much smaller aircraft is an essential ingredient for our success”, said Mark Moore, Uber’s Director of Engineering for Aviation