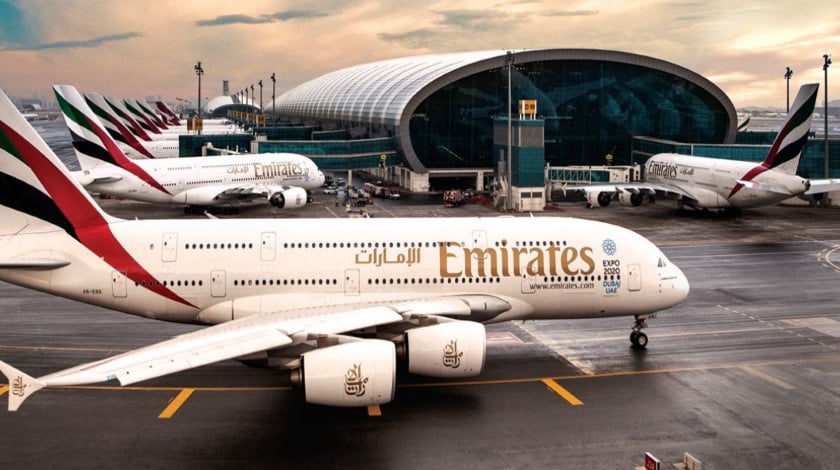 Emirates supported more than 104,000 American jobs and contributed US$21.3 billion in revenue to the U.S. economy, including US$10.5 billion to the country’s gross domestic product (GDP) and US$6.4 billion of labor income in 2015*, according to a study conducted by Campbell-Hill Aviation Group, a well-established economic consulting firm to airlines, airports and the aviation industry, with clients including U.S. and foreign airlines, more than 30 airports, financial institutions and government agencies.

Released on the 25th anniversary of the first Open Skies agreement signed by the U.S., the objective of the study was to quantify the annual economic impact Emirates has on the U.S. economy.

Sir Tim Clark, President of Emirates said: “Campbell-Hill’s data reaffirms the significant stimulative effect of Emirates’ operations on the U.S. economy. It shows we’ve brought hundreds of thousands of new travelers to the United States, helped increase competitive air transport options for over a million American and international travelers who flew with us, and contributed to increased demand for U.S. exports in aerospace and many other sectors.

Over more than a decade, Emirates has progressively grown cargo and passenger operations in the U.S. on the back of customer demand, and we will continue working with our partners across the travel, tourism, aviation, aerospace and other industries, to expand and improve the products and services that we offer to our customers.”

Sir Tim added: “Emirates has always embraced the goals of Open Skies which are to promote increased travel and trade, enhance productivity, and stimulate high-quality job opportunities and economic growth. Delta Air Lines, American Airlines, United Airlines and their proxies continually pour money in to lobby and make unfounded accusations against Emirates, but they have never filed a formal U.S. Department of Transportation complaint against Emirates, even though this is the statutory process long relied on by U.S. airlines to address allegations of unfair competition.

That itself is telling. Sitting on record profits and with employment in U.S. aviation at an all-time high, the three carriers know they don’t have a leg to stand on. Evidence repeatedly points to the benefits that Emirates bring to U.S. consumers and the economy, and the total absence of alleged competitive harm.”

The catalytic impact of Emirates’ U.S. operations brought over 580,000 new travelers to the U.S. who otherwise would not have travelled there, and generated US$3.2 billion of new trade-based revenue. Indirect spending within the U.S. by newly stimulated passengers combined with new merchandise and service trade created approximately 30,000 jobs, and US$4.6 billion of new revenues for U.S. businesses, including US$1.7 billion of labor income and US$2.5 billion of GDP.*

“To produce this report we have spent many months analysing data and running it through an IMPLAN** analysis model which is specifically designed for economic impact analysis at the national level” said Dr. Brian Campbell, Principal at Campbell-Hill Aviation Group.

“Our research shows how Emirates’ presence in the U.S. and the air connectivity it provides generates significant economic growth by increasing the free flow of international travel and trade. It is also important to note that the more than 100,000 jobs Emirates supports in the U.S. produce widespread benefits across diverse sectors of our economy from professional services, to manufacturing, to education, and to hospitality.”