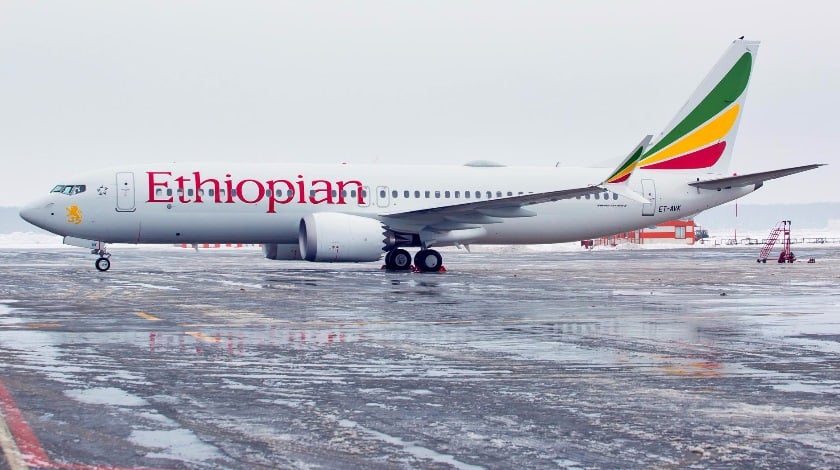 One year has already passed since the crash of Ethiopian Airlines Boeing 737 MAX flight 302 killing 157 people on board on 10 March, 2019. On 9 March, 2020, the interim report into the crash was released by the Ethiopian Aircraft Accident Investigation Bureau.

The interim report is not the final conclusion on the matter still. Nevertheless, some findings have been revealed. Mainly the fault lies in technical issues, to be more precise, in design flaws related to the automated software known as MCAS, the report says.

No problems with handling of the brand new Boeing 737 MAX 8 aircraft by the airline or human error of the flight crew were identified.

“We look forward to reviewing the full details and formal recommendations that will be included in the final report from the Ethiopian Accident Investigation Bureau”, Boeing reacted to the report.

According to the report, during the deadly flight left and right Angle of Attack (AoA) sensors on the Boeing 737 MAX 8 differed by 59 degrees.

This erroneous information was discovered by the Maneuvering Characteristics Augmentation System (MCAS) which, in the result, three times activated in error and repeatedly pushed the plane’s nose down.

The report also says that the pilots identified the problem and did turn the MCAS system off trying to right the plane manually and bring the nose back. However, when the pilots found the manual trim wheel immovable due to the high forces acting on the tail of the aircraft, they switched the electrical controls back on.

This, in turn, triggered the MCAS system to activate again and the aircraft was forced into dive. This time the pilots did not succeed in battling the system and regaining control over it.

Most of the wreckage of the fully loaded aircraft was found buried in the ground.

The report, therefore, does not consider human factor or the way pilots’ handled the emergency situation to be the contributing factors.

Ethiopian Airline crash was preceded by the Lion Air fatal flight of the Boeing 737 MAX in October, 2018. Although the results of both investigations pointed out to one mutual link related to the faulty MCAS system, the rest of the factors contrasted.

The final report into the Lion Air crash concluded that it was caused not only by the flaws in the Boeing aircraft, but also by the poor performance of the airline and pilots.

In case of Ethiopian Airlines disaster, it is different. The aircraft had a valid certificate of airworthiness, no technical problems prior to fatal take-off. Meanwhile, the lack of necessary data (related to faulty sensor readings and automatic commands) on the flight crew operations manual made it impossible for the crew to control the aircraft.

Although, according to Ethiopian Airlines, the crew were familiar with warnings issued by the FAA after the Lion Air crash.