Etihad Airways Dreamliner Touches Down in China for the First Time 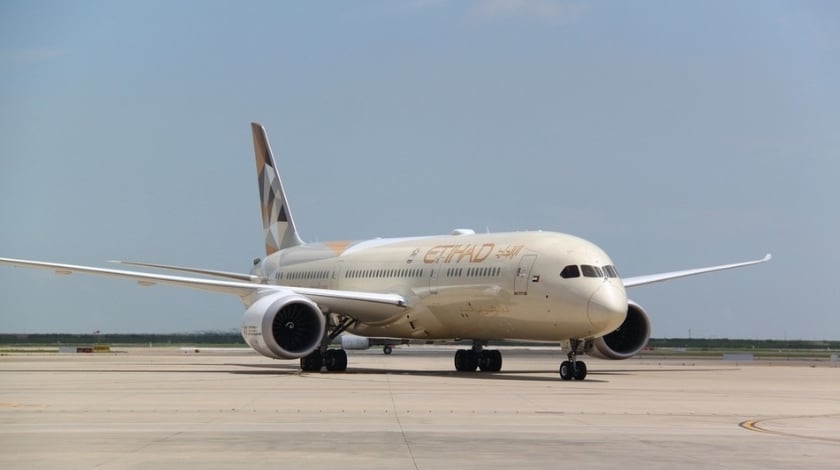 An Etihad Airways Boeing 787-9 Dreamliner touched down in Shanghai today from Abu Dhabi on its first flight into China.

The new Dreamliner features the airline’s next-generation business and economy class cabins, and will operate with 299 seats, 28 in business class and 271 in economy, the airline said in a statement. It represents a 14 per cent capacity increase on the route.

“Since launching flights between Shanghai and Abu Dhabi four years ago, we have experienced first-hand the huge growth of China’s outbound tourism market and enjoyed strong demand from both business and leisure travellers,” said Peter Baumgartner, chief executive of Etihad Airways.

“The decision to upgrade to the Boeing 787 reflects the importance of Shanghai and China to the airline. Shanghai is a modern metropolis and a global economic, financial, trading and shipping centre, which underlines its importance within Etihad Airways’ global network and supports the introduction of the new aircraft.”

Other regional carriers including Emirates and Qatar Airways are also boosting capacity to the country which has recently surpassed the USA as the biggest business travel market in the world, according to the Global Business Travel Association, representing US$291.2 billion spending on business travel in 2015.

Shanghai is the seventh destination in the world to be served by Etihad’s B787-9 Dreamliner aircraft, which is also deployed to Perth, Brisbane, Singapore, Washington DC, Zurich and Düsseldorf.