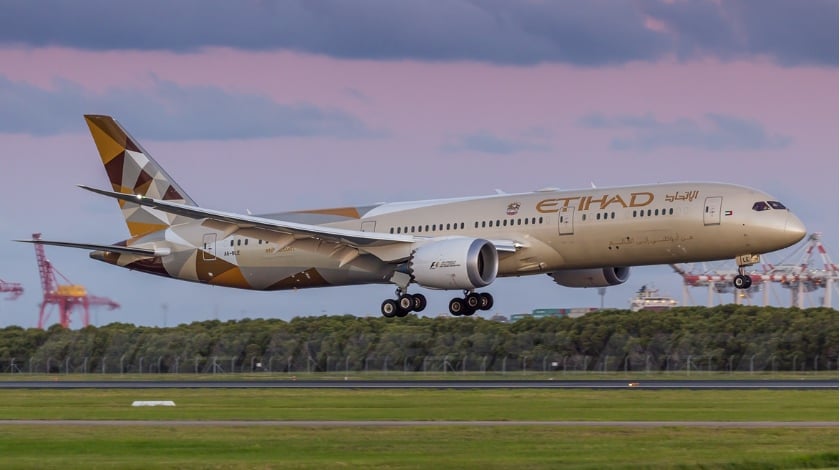 Etihad Airways announced plans to boost its European Dreamliner network with the deployment of Boeing 787-9 aircraft to Amsterdam and Madrid.

The 299-seat Dreamliners will be introduced on year-round scheduled services to Amsterdam from 1 September, and to Madrid, effective 1 October, joining Düsseldorf and Zurich as the airline’s other European Dreamliner services. The 787-9 will also operate seasonally to Athens during the summer months.

With a phased delivery of nine Boeing 787-9s this year, the aircraft are gradually being introduced on a number of international routes from the airline’s Abu Dhabi hub.

Etihad Airways currently operates a fleet of 13 Boeing 787-9s to 11 destinations – namely Washington, Düsseldorf, Zurich, Johannesburg, Amman, Riyadh, Singapore, Shanghai, Tokyo, Perth and Brisbane from Abu Dhabi. Beirut, Beijing, Seoul and Melbourne are due to join the 787 network over the next few months.

The Amsterdam route will have a taste of the 787 between 2 and 30 June to help meet demand during the early summer peak period. The current four weekly Madrid services will also be boosted with additional flights, moving to a daily operation from 1 June.

Peter Baumgartner, Etihad Airways Chief Executive Officer, said: “With two of Etihad Airways’ most popular European destinations joining our 787 network later this year, we are giving more guests the opportunity to fly on our next generation aircraft.”

“Flights to and from Amsterdam and Madrid cater to business and leisure travellers, and with growing demand, there was a strong case to introduce bigger aircraft to these destinations. The 787 is fast becoming our flagship long-haul aircraft and as more are delivered, we will continue to look at upgrading existing routes with these excellent planes.

“Since introducing our first 787 into commercial service more than two years ago, we have enjoyed excellent feedback from guests on our ground-breaking cabin interiors that have set a benchmark for high service levels in the region and across the world.”