Etihad Airways on the Lookout for New Pilots in Europe 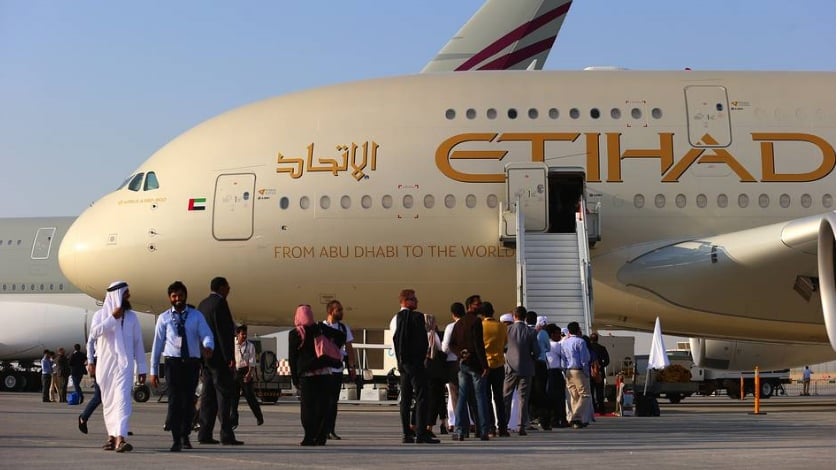 If you know your way around the flight deck of the world’s biggest passenger plane, among others, Etihad Airways would probably like to hear from you.

The national airline of the UAE has announced it will shortly launch a pilot recruitment drive across Europe.

It is the first major push for new flyers in two years with the airline looking for aviators to join both its Airbus and Boeing fleets. The search will be focused on posts for First Officers.

The airline operates a range of aircraft including Boeing 777s, B787s, Airbus 330s and the world’s largest passenger jet the A380, with further deliveries of the latter two types occurring in 2017.

The carrier is looking for more experienced flyers as it eyes the expansion of its stable of aircraft.

“2017 will see further additions to our fleet as we continue our growth,” said Richard Hill, the chief operations officer for Etihad Airways. “We are seeking to recruit highly motivated, skilled and qualified pilots to come and join our team.

“It is exciting to be joining an airline that is growing rapidly and while we will recruit experienced pilots, we also put great focus on continued training and excellence in operational standards. This significant growth also creates opportunities for our existing pilots.”

The airline has a current fleet of 123 aircraft and, between 2016 and 2025, that is expected to increase to a total of 179 planes, presenting further opportunities for potential new joiners.

Ten aircraft have joined the fleet during 2016 and Etihad’s fleet remains one of the youngest in the world.

The airline’s search for new pilots starts at the Radisson Blu hotel in Bucharest, Romania on November 13. A Radisson property is also the venue for the next recruitment day on November 15, in Sofia, Bulgaria.

The Boscolo Marriott provides the setting for the third day, on November 17, in Budapest, Hungary, while Radisson steps into the breach again for the November 19 recruitment day in Vilnius, Lithuania.

On November 28, potential Ethihad flyers are invited to attend the Hilton in Athens, Greece, while the Marriott, in Warsaw, Poland is the venue of the following recruitment day on November 30.

The Brussels Renaissance Hotel hosts a recruitment day for aviators in Belgium on December 2, while the final event of the year will be held on December 4 at the Marriott in Lisbon, Portugal.