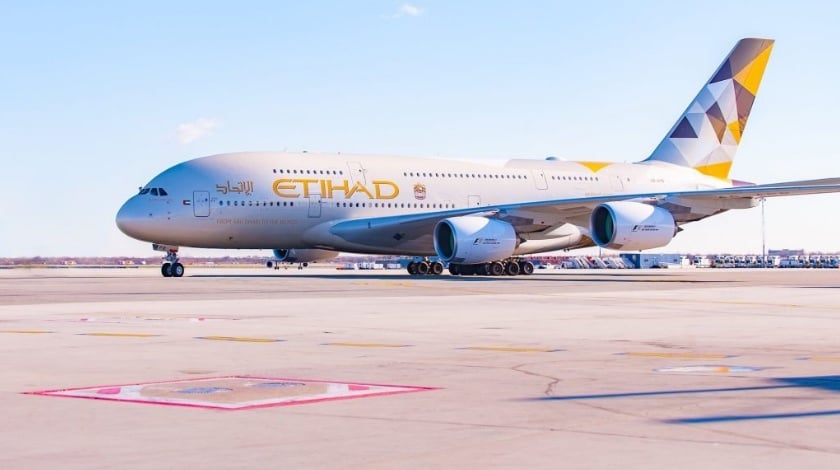 Etihad Airways, the national airline of the UAE, and Egyptian national airline EGYPTAIR, have announced a significant expansion of their successful codeshare partnership, widening their horizons to cover more destinations in Africa, North Asia and Australia for the benefit and convenience of their customers.

The initial phase of the agreement was launched in March 2017 and saw both Etihad Airways and EGYPTAIR place their codes on each other’s flights operating between Abu Dhabi and Cairo. The second phase of expansion of the current codeshare partnership will see Etihad Airways place its ‘EY’ code on EGYPTAIR flights to a number of African destinations including Ndjamena in Chad, Nairobi in Kenya, Khartoum in Sudan, Entebbe in Uganda, Johannesburg in South Africa, and subject to government approvals, on flights to Nigeria, Eritrea and Tanzania, through the Star Alliance carrier’s Cairo hub.

Peter Baumgartner, Etihad Airways Chief Executive Officer, said: “EGYPTAIR is one of the oldest and most experienced airlines in the region with a major presence in cities across the African continent. The forging of closer codeshare ties between our two airlines means unprecedented access to many new gateways for Etihad’s customers while bolstering our services to markets we already serve, such as Kenya and Tanzania, by connecting easily through Cairo onto EGYPTAIR’s African network.”

The expanded partnership will also see EGYPTAIR place its ‘MS’ code on Etihad Airways flights from Abu Dhabi to Seoul, Brisbane, Melbourne and Sydney, and subject to government approvals, on flights to China.

Safwat Mussalam, Chairman and Chief Executive Officer of EGYPTAIR HOLDING, said: “One of EGYPTAIR’s strategy pillars is successful cooperation with our partners to enhance and expand our reach beyond our network. The expansion of cooperation between EGYPTAIR and Etihad Airways will give our customers seamless access to major cities in Australia and South Korea.”

Etihad Airways has been serving the Abu Dhabi – Cairo route since 2004, and currently operates five daily flights between the two capitals. EGYPTAIR operates up to three daily services on the route.