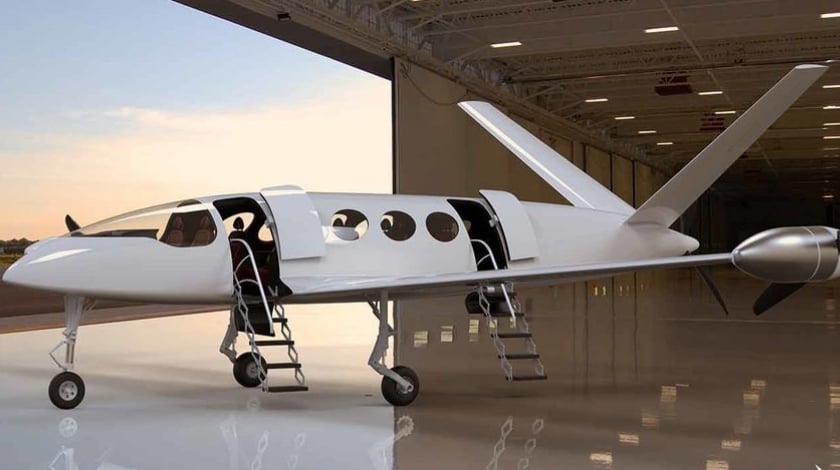 Israeli start-up Eviation Aircraft has begun manufacturing the first conforming prototype of its all-electric business and commuter aircraft, and plans to fly the nine-passenger type, dubbed Alice, in late 2018.

Headquartered in Kadima-Zoran, the privately-owned company is seeking $40 million through government grants, industrial partnerships and loans to fund the programme through certification and into service. These milestones are scheduled for 2020 and 2021 respectively.

“Since our launch two years ago, we have been working quietly and diligently on the project, and have built handful of proof-of concept [POC] technology demonstrators of various sizes,” says Eviation co-founder and chief executive Omer Bar-Yohay.

The largest of these is a 304kg (670lb), one-third scale model, dubbed the Orca, which made its international debut at the Paris air show in June and will be showcased in late July at the Air Venture event in Oshkosh, Wisconsin.

“It has made a few flights so far,” says Bar-Yohay, “and the programme has had an overwhelming response, with many letters of intent received to date.”

Interested parties include Israeli water services supplier Mekorot, which has selected the POC demonstrator to map its underground pipelines. “This project will start in November and will really help us to prove this technology to the market,” says Bar-Yohay.

Alice uses one main pusher propeller at the tail and two pusher propellers at the wing-tips, to reduce drag and increase redundancy. The all-composite aircraft is powered by a 980kWh lithium-ion battery, giving it a range of 540nm (1,000km) and a cruise speed of 240kt (440km/h).

Alice will seat up to nine passengers and two crew in its 12m-long fuselage. It is projected to have a maximum payload of 1,250kg and a maximum take-off weight of 5,900kg.

Bar-Yohay believes Alice will revolutionise commercial and business aviation travel. “With its very low direct operating costs, incredible efficiency and environmental credentials, the Alice is far better suited to short trips than equivalent size business jet and turboprops such as the Beechcraft King Air,” he says.

“The project has been designed from the ground up to be electric,” Bar-Yohay says. To ensure that it fulfils the requirements of its target audience, Eviation has sought input on Alice’s design and projected performance from a number of established commercial and business aircraft operators who are looking to add electric models.

First flight of the fully conforming prototype is planned for late 2018 with US and European certification targeted for 2020.

“Once we are into the flight-test campaign, we plan to start converting the letters of intent into firm orders,” says Bar-Yohay. “We will also launch a public offering to raise money to scale up to full-production and build a support infrastructure.”