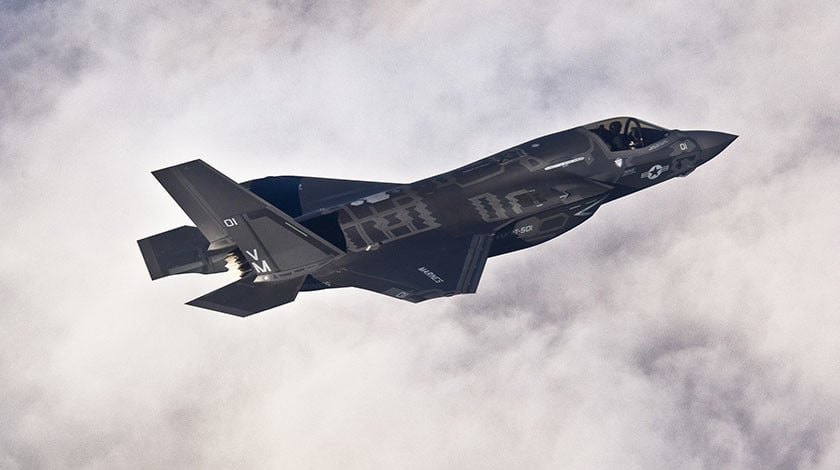 The United States military is investigating a fire that erupted during a mid-air training flight of one of its latest generation fighter jets.

The Marine Corps is trying to figure out what caused the fire to ignite on an F-35B Joint Strike Fighter aircraft that took off from a base in Beaufort, South Carolina, last month.

Investigators want to know why the fire spread into the warplane’s weapons bay during a training mission.

‘The aircraft landed safely and there were no injuries sustained. An investigation is ongoing and we will provide updates as they are available.’ a Marine Corps spokesperson said.

The damage to the plane is estimated to run at least $2million, according to Military.com.

The Beaufort base is home to the Marine Fighter Attack Training Squadron 501, a fleet consisting of 20 F-35B aircraft. The Marines are preparing to deploy their first operational squadron of F-35B fighters in Japan beginning in January.

It is expected to be placed into circulation during the corps’ flight sorties throughout the Pacific the following year.

These new aircraft are being earmarked for the Marine Corps, which plans on introducing them into service and concurrently phasing out the F/A-18 Hornet and the AV-8B Harrier II.

The US military has experienced a number of mishaps in its rollout of the new stealth fighter. This past September, an F-35A preparing for a training mission at Mountain Home Air Force Base in Idaho caught on fire just before take off, Defense Tech reported.

During that same month, mechanical failures forced officials to temporarily ground 10 F-35 jets just one month after they were deemed ‘combat ready.

The moratorium in flight operations came ‘due to the discovery of peeling and crumbling insulation in avionics cooling lines inside the fuel tanks,’ the Air Force said in a statement.